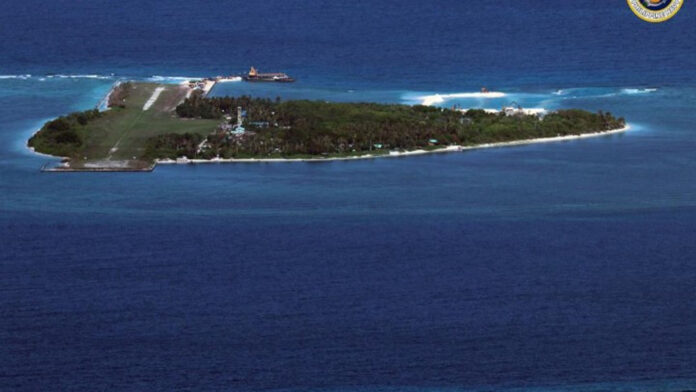 The proposed measure aimed at declaring certain areas in the Kalayaan Group of Islands (KGI) in the West Philippine Sea (WPS) as protected areas is now ready for transmission to the House Plenary for sponsorship and debate.

This, after the House Committee on Natural Resources approved on Wednesday House Bill (HB) No. 6373 which seeks to declare the area 3-nautical miles (around 10 square kilometers area) surrounding the KGI and Scarborough Shoal as Marine Protected Areas (MPA) to protect the country’s marine resources.

Hagedorn cited in his proposed measure the Republic Act (RA) No. 11038 or the “Expanded National Integrated Protected Areas System Act of 2018” and the Arbitral Ruling in seeking to declare the areas as MPA.

According to the bill, as per local studies, the 3-nautical mile protected area is preferable as it will give the protected habitat enough and safe space for young marine organisms to grow.

Villanueva said the bill is only for the protection of the marine environment – particularly in the Kalayaan Islands – which is situated within the country’s exclusive economic zones, and nothing about territorial disputes in the WPS.

He said a study by the University of the Philippines-Marine Science Institute in 2019 found out that coral reefs in Kalayaan Islands – particularly in the Pag-asa Island, Panata Island and Sabina Shoal – were damaged by, apparently, illegal activities such as blast fishing.

The bill is an operationalization of proposals from local marine experts to declare the Kalayaan Islands as MPAs to protect the coral reefs therein.

A 2014 study by the Asian Development Bank showed that the Kalayaan Islands comprise 30 percent of the country’s total coral reefs and serve as breeding ground of fishes and marine species in the country.

“Fishes and marine life breed in the coral reefs of Kalayan Islands and the eggs and fingerlings are carried by sea currents to other parts of the country’s seascapes where they thrive, grow, and are eventually caught by fishermen. Coral reefs are the breeding ground or the “nursery” of marine life. If reefs are destroyed, we nip marine life at its bud. Thus, to allow the destruction of the coral reefs in Kalayaan Islands will adversely impact fish production in the country and in several adjacent countries,” Villanueva said in his sponsorship speech.

The bill will prohibit and penalize certain acts and activities within the waters of the 3-nautical mile area to guarantee protection of marine habitat.

Villanueva, however, said it will still allow traditional fishing as it is considered generally harmless to the marine ecosystem.

The bill will also create a Kalayaan Island Group and Scarborough Shoal Protected Area Management Office (KIGSS-PAMO) and a Joint Congressional Oversight Committee to ensure effective implementation of the provisions of the proposed measure.

“We acknowledge that there are tensions relating to territory claims in the West Philippine Sea. However, we cannot afford not to act because the habitat of marine life in our waters, which benefit not only the Philippines but also the adjacent countries like China, Vietnam, Malaysia and Brunei, are being destroyed. We need to protect the biological productivity of our Kalayaan Islands in order to sustain our ever-increasing demand for marine produce,” said Villanueva, chair of the House Committee on Sustainable Development Goals.

Representatives from different government agencies, including the Department of National of Defense, express full support to House Bill 6373.

“At the end of the day, the ultimate owner of the West Philippine Sea is not any human being, government or country. It all belongs to God because the Bible says the earth is the Lord’s and the fullness thereof. We are just mere stewards who are entrusted with its care so we should do our part to conserve and nourish its majesty and abundance,” Villanueva said. (PNA)