Is Running For President Manny Pacquiao’s Most Ambitious Fight Yet? 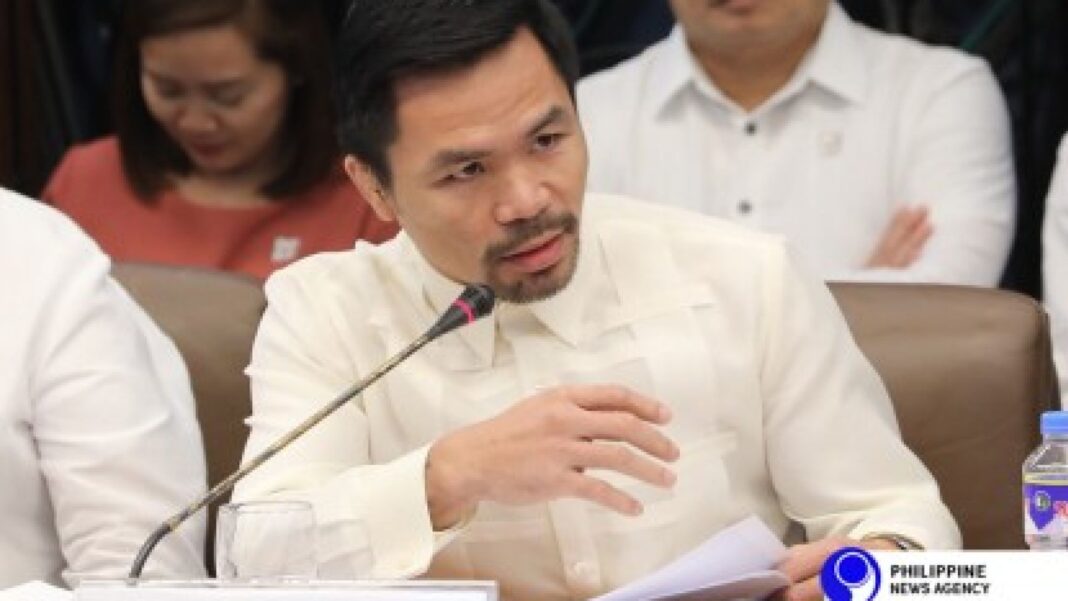 The boxing icon turned politician, Senator Manny Pacquiao, officialized his run for the Philippine presidency as he filed his certificate of candidacy (COC) in early of October 2021. Emmanuel D. Pacquiao, known as Manny or Pac-Man by many, first made his name popular in the world of boxing. After winning more boxing titles than any other boxer in history which earned him becoming world-famous through the years, he was penned as the “people’s champ” by his fellow Filipinos.

In 2007, Pacquiao unexpectedly attempted to enter the world of politics, which is far from what he is known for and lost. He then returned to boxing, only to declare his candidacy for a congressional seat in 2009, of which he was successfully elected in 2010. After a successful re-election in Congress in 2013, Manny Pacquiao formally declared that he was running for senator in October 2015. In May 2016, Pacquiao was formally elected and included as one of the 12 senators of the Philippines.

His time as a politician, Manny Pacquiao was able to pass bills in which he authored and co-authored. Contrary to speculations that the senator was not able to pass bills for his 11-year stay in politics, Pacquiao was able to pass a total of 25 bills he authored and co-authored, some during his term as a representative and as a senator. These include RA 10679 or the Youth Entrepreneurship Act, RA 10699 or the Sports Benefits and Incentives Act of 2001, RA 10929 or the Free Internet Access in Public Places Act, RA 11210 or the 105-Day Expanded Maternity Leave Law, and RA 11223 or the Universal Health Care Act.

In October of this year, Senator Pacquiao filed his candidacy to vie for the Philippine presidency. Pacquiao is known to be a giver, taking part in many charities and foundations even before being elected in politics. And now, with this possible platform that could reach the whole nation, Pacquiao remains firm on fighting and declaring war against corruption, including corrupt politicians.

Manny Pacquiao’s life has not always been prestigious. His story of rising from poverty to the pinnacle of success in his career is what made him even more remarkable. His life best fits on what is considered rags to riches, from a struggling athlete to a world-famous champion, and experiencing the hardest of poverty to being a billionaire. For sure a story that many can find inspiring, but will this be enough to make an inspiring story for people to vote for him as the next leader? A fighter inside the ring, will he also be able to fight the problems the country faces bigger than a boxing match?

During his time in the Senate, Pacquiao has been a target of criticisms and was even considered as a top absentee among lawmakers due to his other commitments. One statement from Pacquiao that earned backlash from the public was when he disapproved of the proposed same-sex marriage in the country, he cited his objection based on the Bible and worse, added that those who are in a same-sex relationship are worse than animals.

Pacquiao is indeed a legend in the sport of boxing, but it is high time to untangle his success as a boxer to be a politician. He may share a number of achievements in his boxing career, but when it comes to his political ambition, it doesn’t guarantee victory for himself and for the people.

After retiring from the sport that helped him reach his highest, Pacquiao now dares to enter another fight. The fight for the presidency is Pac-Man’s biggest bout yet, as it is entirely far more different than the four corners of the boxing ring he has already mastered.

Janine Alexis P. Miguel is a senior student of Journalism at the University of the East – Manila, and is currently an intern at PageOne Media and Communications Inc. As a student, she’s been an active part of and has lead student organizations and councils in her university, as well as editorial boards for writing organization. She enjoys writing stories for and about other people. With coffee and writing as her ally, she seeks to empower people with facts and proper information.