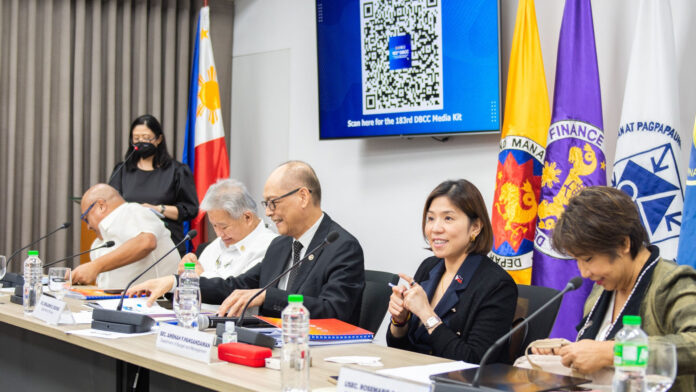 Economic managers of President R. Ferdinand Marcos Jr. have expressed their support for the proposal seeking the creation of the Maharlika Wealth Fund (MWF), saying it would serve as an investment vehicle to move forward the administration’s Agenda for Prosperity and achieve the country’s economic goals.

“Without a doubt, the creation of the MWF will help us achieve our Agenda for Prosperity and the objectives for inclusive and sustainable economic growth we have outlined in our Medium Term Fiscal Framework, 8-Point Socioeconomic Agenda and in the Philippine Development Plan 2023-2028,” they said.

For the near and medium term, they said a sovereign wealth fund will enhance fiscal space and reduce fiscal pressures as the fund pursues public infrastructure projects, as well as reduce uncertainties in cases when fund resources are channeled to high-yielding financial undertakings and assets that are underinvested amid high inflation and the lingering pandemic effects.

They expressed confidence that with professionals managing the funds, there will be efficient use and management of these investible public funds.

“They will be able to ensure the availability of an alternative high return investment platform, obtain the best absolute return for the funds, find additional sources of liquidity as the need arises, and perform better risk management, given additional layers of checks and balances in the use of investible funds,” they said.

The economic team called for the immediate enactment of the bill creating the MWF as this will redound to growth and help the country achieve “economic transformation towards inclusivity and sustainability”.

“Let us not delay economic progress. Let us not deprive our people of this opportunity for prosperity,” they said.

They thanked the lawmakers for their “openness” in continuously improving the bill, as well as President Marcos for recognizing the benefits of a sovereign wealth fund.

Proponents of the MWF bill in the House of Representatives have introduced more refinements to the measure by formally removing the Government Service Insurance System (GSIS) and the Social Security System (SSS) as fund sources.

This was finalized when the House Committee on Appropriations hearing led by chairman Ako Bicol Party-list Rep. Elizaldy Co approved during a public hearing on Friday the funding provision of the still unnumbered bill on the MWF.

But under the unnumbered bill, the Bangko Sentral ng Pilipinas will now be a fund source of the MIF, joining the LBP and DBP.

Meanwhile, the Department of Finance secretary will replace the Philippine president as chairman of the board of governors in the approved unnumbered bill.

Committee on Banks and Financial Intermediaries chair Irwin Tieng also said the 15-man board would have four, instead of the original two, independent directors.

However, he said this amendment would be formally taken and likely adopted during the next hearing of his committee.

The Appropriations panel also approved Marikina City Rep. Stella Quimbo’s proposal to exclude the General Appropriations Act as one of the mandatory sources of funding for the MIF.