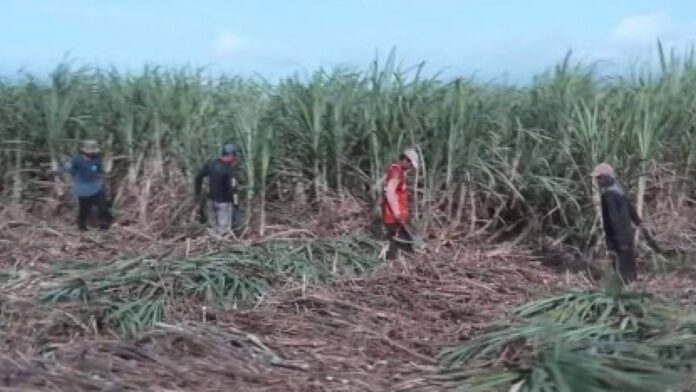 ILOILO CITY – Life in the sugarcane industry is not always sweet but small players and stakeholders in Iloilo persevere as it has been “the most favorable crop” that has sustained the province even through this pandemic.

The sugarcane industry is almost a PHP10-billion industry in Iloilo taking into account the fuel, fertilizer, truck parts, equipment, and labor, among others that are involved in the production chain, according to Iloilo Board Member Matt Palabrica on Friday. Palabrica has been championing the cause of farmers including that of sugarcane planters in the Sangguniang Panlalawigan.

During the pandemic, the money that circulated in Iloilo under the sugarcane industry alone reached almost PHP10 billion, according to information Palabrica gathered from previous big planters.

“It could even be more now because it is the only industry together with rice that survived the pandemic,” he noted.

“For our family, it is now our life. I think it is the same with others because like in Bingawan (3rd district) and other areas there is no irrigation, so the soil that you are tilling, the most favorable crop that you will plant is sugarcane,” he said.

“One of my crusades is for the provincial government to give due importance to sugarcane farming,” Palabrica said, noting that like other agricultural sectors, sugarcane tillers also need support and attention as they are composed mainly of small farmers and not owners of vast plantations.

The provincial board member is optimistic that under the administration of President Ferdinand Marcos Jr. the “glory days” of the industry in the 70s will be revived.

The month of September each year marks the start of the milling season in the sugar industry, which also signals the beginning of a new crop year.

In Negros, which produces about 60 percent of the Philippines’ sugar output, there are 13 sugar mills and six refineries, the biggest in the country.

A total of 12 sugar centrals and five refineries are all situated in Negros Occidental while the rest are in Negros Oriental.

As of Aug. 18, four sugar mills have resumed operations in Negros Occidental.

Iloilo Province has three sugar mills to include the Central Azucarera de San Antonio in Passi City, Universal Robina Corporation –Passi based in San Enrique town, and the Capiz Sugar Central in President Roxas, Capiz province that is expected to start with their milling operations also next month.

Guillermo Tejida III, SRA deputy administrator for regulations, said the SRA determines the estimated production for the next crop year based on the survey conducted with the sugar mills.

Although the milling season is still ongoing, “we theorize that we will not still hit the production estimate as of last year,” the SRA official said

Tejida said one of the reasons for lower sugar production was the decrease in production areas.

He noted that 10 years ago, some 423,000 hectares of land were still planted to sugarcane nationwide, but this has dropped to only 399,000 hectares in the current crop year.

“The trend shows decreasing areas dedicated to sugarcane, maybe due to land conversion or conversion to other crops. Another factor is climatic conditions,” he added.

Over 4,000 sugar migrant workers locally known as sacadas are preparing for deployment to sugar-rich Negros Occidental in time for the milling season next month.

The Antique Provincial Planning and Development Office Sacada Desk will meet with their contractors on Aug. 22 in preparation for the deployment, said desk in-charge Randy Ardeño.

“Last year, we have registered 4,322 sacadas who went to Negros Occidental to work,” he added.

During the meeting they would be able to determine if how many sacadas would be returning to the country’s sugar bowl province.

The sugar migrant workers will be staying in Negros Occidental during the six-month milling season starting September.

Antique is predominantly the province where sugarcane land owners of Negros Occidental outsource their sacadas, based on the 2012 research conducted by University of Antique headed by Dr. Nelibeth P. Fedelicio. (PNA)