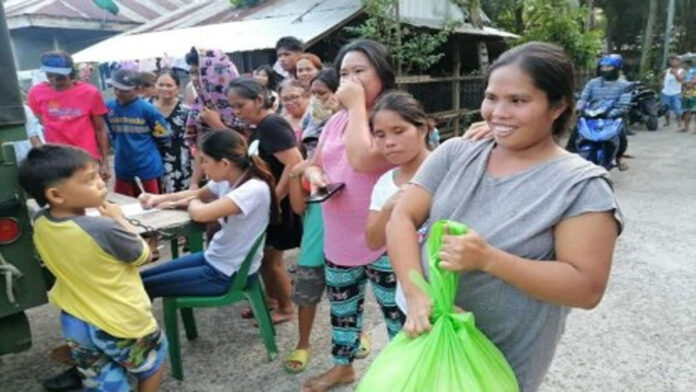 More residents in flood-affected areas in the country have received food relief from the Office of the Vice President-Disaster Operations Center (OVP-DOC).

In a statement, the OVP said around 543 sacks of rice have already been distributed to the provincial government of Palawan, following a flooding due to heavy rains and thunderstorms that widely affected several towns.

“The OVP-DOC said repacked rice equivalent to 4,200 kilograms (84 sacks) were distributed to the affected residents of Sofronio Española town on January 10. As of this writing, a total of 22,950 kilograms of rice (459 sacks) is being distributed to over 2,295 families in various evacuation centers in Brooke’s Point town,” the OVP said.

The Palawan LGU lauded the move of the OVP, saying it was the first national government office to respond promptly.

“Batid namin ang pagmamahal ng ating Bise Presidente sa aming natanggap. Hindi kami makapaniwala sa mabilis na pagtugon sa amin, at kahit na malayo ay napuntahan po kami (We knew how the Vice President loves us through what we have received. We cannot believe how swift their response to us was, and even though we are far, they went all the way here),” Sofronio Española Mayor Abner Rafael Tesorio said.

To date, 8,600 residents or almost 3,000 families have been affected in 17 barangays in several towns.

Likewise, Vice President Sara Duterte said in a Facebook post that the OVP-DOC has coordinated with other government agencies to ensure relief distribution to other residents in the Mindanao area.

Over 500 sacks of rice and 500 relief boxes were distributed to families who are temporarily staying in evacuation centers.

The relief operations were conducted in Lanao del Norte on Jan. 2 and in Surigao del Sur on Dec. 29. (PNA)