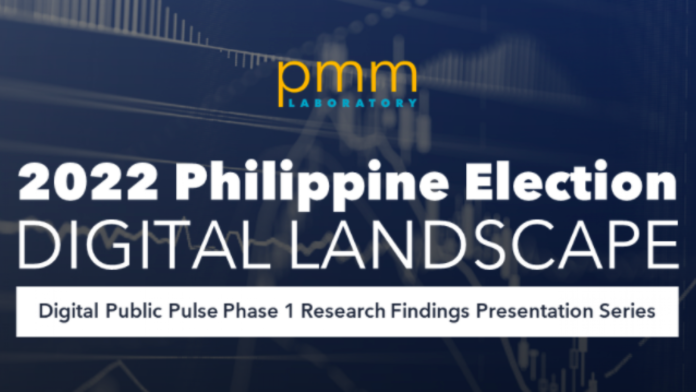 The Philippine Media Monitoring (PMM) Laboratory of the UP Department of Communication Research reported the Digital Public Pulse’s (DPP) study on election-related Facebook activity through their live streaming event on January 26.

The live streaming that was organized by the PMM was featured on their Facebook page. It is a segment of their “2022 Philippine Election Digital Landscape” event, a month-long weekly research series on the networks of actors, issues, and practices in social media and the 2022 national elections.

The PMM Lab, a consortium of researchers in the fields of communication, political science, and data science, showcased DPP’s study of the expansion of the election network on Facebook, and the study of election-related ‘superclusters’ emerging in Facebook.

According to the DPP study, as the national elections draw closer, the growth of size in election-related content from networks of Facebook pages, public profiles, and groups grew from 37,936 from May to July 2021 to 58,654 from August to October 2021. Although these were more equivalent in proportion in size, they were smaller in volume. This resulted in a denser or tighter cluster of networks.

In the same study by the DPP, they have also discovered that election-related ‘superclusters’ of pages, public profiles, and groups sharing election-related content are emerging on Facebook.

A cluster is a community of Facebook pages, profiles, and groups that partake in similar content sharing patterns such as sharing consistent from the same set of accounts. When distinct, dispersed clusters merge as a product of converging ‘sharing’ behavior. Thus, they form ‘superclusters’ that exponentially grow in size and comprise multiple actors of varying political interests.

The superclusters surfaced by the research had the following composition: Government and local media, and Bongbong Marcos Jr., Rodrigo Duterte, Sara Duterte, and Bong Go aligned accounts (21.26%), Moreno and Lacson, and some Duterte aligned accounts (19.60%), Pacquiao, sports and gaming accounts (16.99%).

These superclusters were observed across 58,654 Facebook accounts from August to October 2021, the second quarter of the study.

Moreover, the PMM will present its cross-platform analysis in a roundtable discussion with representatives from the academe, government, and civil society on February 2.