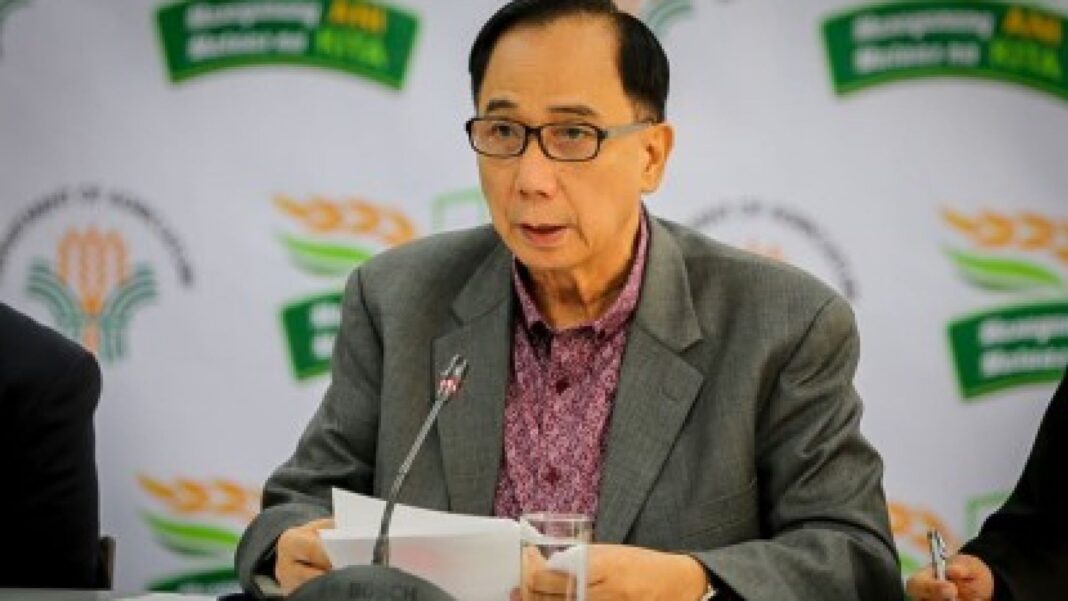 Department of Agriculture (DA) Secretary William Dar said on Tuesday that President-elect Ferdinand “Bongbong” Marcos, Jr.’s decision to lead the DA is “a victory of the DA in rousing broad public support towards the sector’s rehabilitation and empowerment.”

“[President-elect Marcos, Jr’s] resolve to take the reins is a strong indication of this. We are confident this will augur an unprecedented ‘whole-of-government’ movement for the urgent attainment of food sovereignty in this time of crisis,” Dar said in a press briefing.

Dar noted that Marcos, Jr.’s decision to personally be at the helm of the DA is “the brand of ‘political will’” that he and the DA have been pushing for since August 2019.

Dar previously said that the agriculture secretary must not only be “strong and diligent,” but also a decisive leader who is pushing for reforms and putting a premium on economies of scale.

In his interview in the Tutok Tulfo program,  Cainglet said this would streamline the taking of actions for the benefit of farmers.

However, Cainglet expressed doubt about the feasibility of Marcos’ plan to provide the public with P20 per kilogram of rice at this time due to the oil price hike and cost of production inputs.

Cainglet further stressed the urgency to increase local production instead of resorting to importation.