Biz Leader Thanks NSA Carlos For Ending Practice Of Red-Tagging 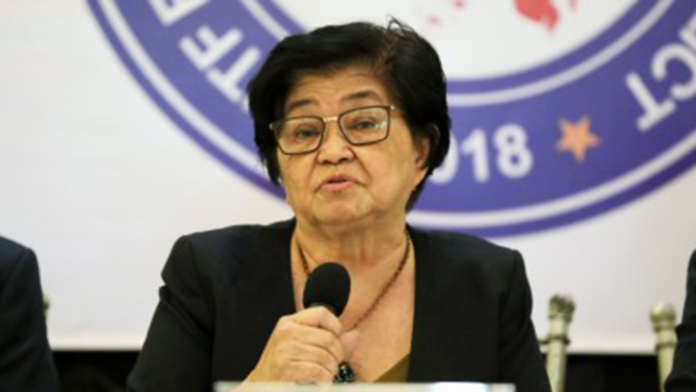 A business leader expressed gratitude to National Security Adviser Clarita Carlos for ending the practice of red-tagging in government.

Ed Chua, chairman of the Business for Sustainable Development and the Makati Business Club, thanked Carlos during a dialogue with other business leaders at the Asian Institute of Management (AIM) in Makati City on Monday.

The dialogue was the first time a national security adviser held a meeting with members of the business community.

Chua described red-tagging as “highly divisive” and “does not really address the main causes of why some of our countrymen have gone underground.”

Carlos earlier said there will be no more red-tagging in the administration of President Ferdinand R. Marcos Jr., saying that “it makes no sense labeling people.”

Chua also expressed appreciation to Carlos for meeting him and other members of the business community.

Carlos, for her part, highlighted the role of the business community in national security.

She explained the relationship between the government and the private sector is “symbiotic.”

“The government regulates wealth creation and distribution while the private sector generates value and leads the distribution of resources. In this light, the government depends on businesses to ensure that more people benefit from the scarce resources,” she added.

She likewise encouraged business leaders to be more mindful of data privacy and security,

“(It is) a direct national security threat in the event that the company’s proprietary information falls into the wrong hands,” she said. (PNA)