Blocking Of Websites Linked To Terror Groups Has Legal Basis 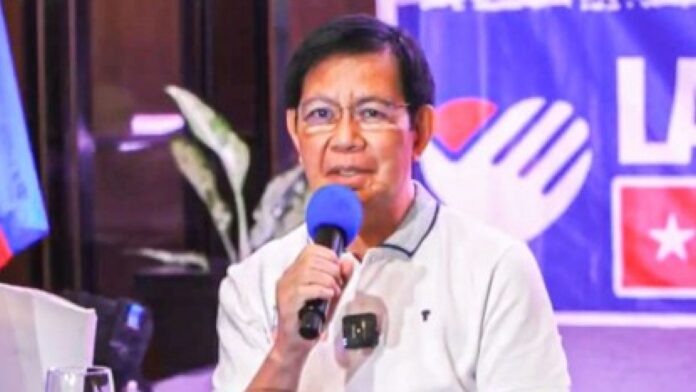 Outgoing Senator Panfilo Lacson on Thursday said the blocking of the websites linked to the communist terrorist groups (CTGs) has a legal basis.

This, after the National Telecommunications Council (NTC), upon the request of National Security Adviser Hermogenes Esperon Jr., ordered the internet service providers (ISPs) to block 26 websites believed to have ties with Communist Party of the Philippines-New People’s Army-National Democratic Front (CPP-NPA-NDF).

“If the blocked websites had to do with financing the activities of the CPP-NPA which the Anti-Terrorism Council had already designated as a terrorist organization, there is a legal basis under the law for such action undertaken by the NTC,” Lacson said in a statement.

Lacson, however, said concerned individuals or groups may challenge the NTC’s directive before the court.

“It is the basic right of an ‘aggrieved’ party to do so as it has something to do with the interpretation of the law,” said Lacson, chairperson of the Senate committee on national defense and security, peace, unification and reconciliation.

NTC issued a memorandum on June 8 requiring all local ISPs to submit an action report after blocking the websites “not later than five days” after their receipt.

Esperon made the request to the NTC after the Anti-Terrorism Council (ATC) have designated the CPP, NPA, and the NDFP as terrorist organizations, and dubbed the CPP-NPA Central Committee members as terrorists.

“The activities, in terms of recruitment, funding, and propaganda, of these communist terrorist organizations, should be stopped,” he said.

“I am in agreement with Secretary Esperon. We are not against free speech, in fact, we encourage and protect it. It is disinformation against the government that we are against,” he said in a media statement.

Lorenzana also said the blocking of these websites linked to the communist terrorists will greatly aid the government’s campaign against misinformation and prevent these groups from preying on the Filipino youth.

“Mabawasan yung (it will reduce) disinformation and prevent the recruitment of more youths. They are so gullible and susceptible to propaganda and disinformation,” the DND chief said, adding that it could contribute to the end of the communist insurgency. (PNA)