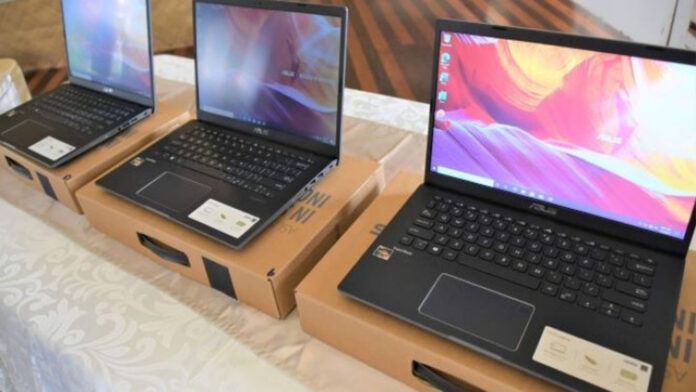 The Senate Blue Ribbon Committee on Thursday recommended the filing of criminal and administrative cases against officials from both the Department of Education (DepEd) and the Department of Budget and Management Procurement Service (PS-DBM) after a thorough investigation last year on the controversial overpriced DepEd laptops.

According to the 197-page committee report, one count of violation of Section 3e of Republic Act 3019, otherwise known as the Anti-Graft and Corrupt Practices Act, should be filed against the following former DepEd officials: Undersecretary Alain del B. Pascua, Undersecretary Annalyn M. Sevilla, former Assistant Secretary Salvador C. Malana III and Director Abram Y.C. Abanil for the side of DepEd.

It also recommended the same to be filed against PS-DBM former OIC Executive Director Lloyd Christopher A. Lao, former OIC Executive Director Jasonmer L. Uayan, Bids and Awards Committee (BAC) chairman Ulysses E. Mora, as well as the other members of the Special Bids and Awards Committee I (SBAC I) and SBAC technical working group (TWG) and secretariat, whether from DepEd or PS-DBM.

One count of falsification of public document by a public official, as defined and penalized under Article 171 of the Revised Penal Code, and one count for violation of Section 3(a) of RA 3019 were also recommended by the committee to be filed against Sevilla and Ladanga.

Sevilla, including Pascua, Malana, Lao, and Uayan were also recommended to face multiple counts of perjury, defined and penalized under Article 183 of the Revised Penal Code, as amended by RA 11594.

On the basis of Presidential Decree 1445, otherwise known as the Government Auditing Code of the Philippines, civil complaints are also encouraged to be initiated against them and “other DepEd and PS-DBM officials that may be shown by competent evidence to be responsible for government funds or uses of government property in violation of law and relevant regulations” to collect and recover the value of the overprice in the amount of at least PHP979 million pesos, including accrued interest and damages, and that they be held jointly and solidarily liable therefor.

When asked about the liability of former DepEd Secretary Leonor Briones, Senator Francis Tolentino, who chairs the committee, clarified that the gathered evidence showed she may have been used by the accused officials.

“You take note of page 159. Page 159 of the committee report would mention how the former secretary (Briones) may have unwittingly approved the new parameters which increased the price and decrease the quantity of laptops to be purchased,” Tolentino told Senate reporters.

The lawmaker also dismissed speculations that former DBM Secretary Wendel Avisado had any involvement in the purchase of overpriced laptops as the evidence were saying otherwise.

Also included in the report’s recommendation was to amend RA 9184 to provide for transparency and accountability requirements for joint venture entities or arrangements participating in public biddings; and to provide for transparency and accountability safeguards during the planning and pre-bidding stages of public procurement, including but not limited to the setting of the ABC and technical specifications or goods, services or infrastructure to be procured.

It was also recommended that the PHP979 million that should be recovered be placed in a special National Teachers Trust Fund to support the health and medical needs of public school teachers, and the educational needs of their children through a special scholarship program.

The Commission on Audit was also urged by the committee to immediately conduct a special fraud audit to examine the various accounts and financial documents related to the overpricing of the laptops and determine relevant accountability; as well as the Anti-Money Laundering Council to investigate the overpriced procurement, including an inquiry into bank deposits of the public officials identified by the committee.

A Special Tax Compliance Audit or a tax fraud audit inquiry was also requested from the Bureau of Internal Revenue to determine whether proper taxes were paid on the income of the joint venture consortium partners.

The committee also recommended to abolish the PS-DBM and require instead government departments, agencies, offices, instrumentalities, including government-owned and controlled corporations (GOCCs), state universities and colleges (SUCs), and local government units (LGUs), to conduct their own procurement. (PNA)