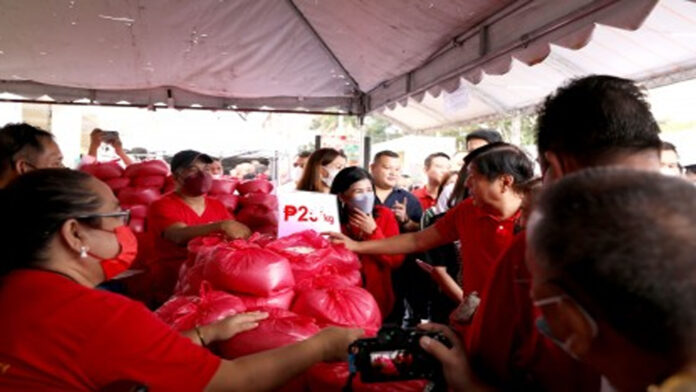 The Department of Agriculture (DA) assured Friday it is doubling efforts to increase the number of Kadiwa sites, as President Ferdinand R. Marcos Jr. vowed to extend its operation until March next year.

Other regular Kadiwa sites of the DA are also being modified as Kadiwa ng Pasko to welcome more government agencies.

She said the LGUs are so involved they are the ones helping identify strategic prospects for Kadiwa sites, considering the number of consumers and the volume demand.

With this, the DA urged consumers to continuously support the Kadiwa ng Pasko, as it also benefits farmers directly.

As of Friday, Kadiwa stores can be found in 256 areas all over the country, 44 of which are in Metro Manila.

More affordable agricultural commodities are sold at a much lower price in Kadiwa sites including rice at PHP25/kilo with a maximum buy of 4 kilograms per person; PHP70/kg for sugar; and PHP170/kg of red onions, among others. (PNA)