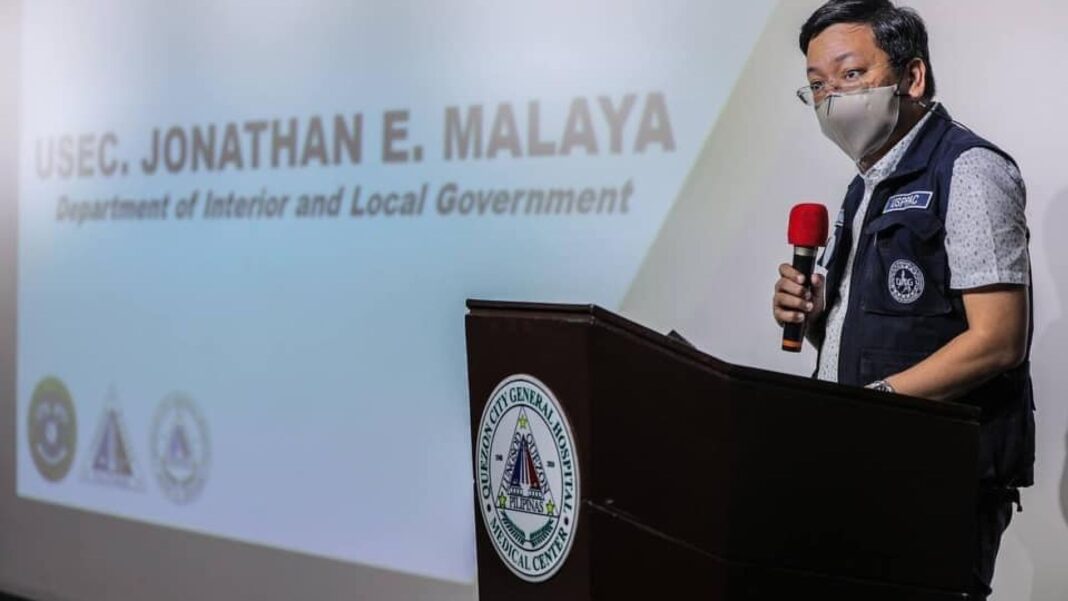 The Department of the Interior and Local Government (DILG) announced that it will not allow the Communist Party of the Philippines (CPP) and its allied and front organizations to embarrass the incoming administration.

In a press briefing by NTF-ELCAC on Monday, former rebels Orlando “Ka Warly” Baluyot and Ka Pong Sibayan revealed that the radical left has started mobilizing farmers in Tarlac for such purpose.

Baluyot is now the chairman of Tinang Samahang Nayon Multi-Purpose Cooperative while Sibayan is a farmer from Hacienda Tinang in Concepcion, Tarlac.

According to them, aside from the farmers in Hacienda Tinang, officials and members of CPP-NPA-NDF front organizations have also been meeting with farmers from Hacienda Murcia and Barangay Central inside Hacienda Luisita.

Amid these intelligence reports, Malaya assured the public that the DILG and other security agencies will do the necessary measures to thwart attempts to disrupt Marcos, Jr.’s inauguration.

“We are taking these intelligence reports seriously and we will do what is necessary to thwart any attempt to embarrass or discredit the forthcoming inauguration,” Malaya said.

He said that all the preparations of security measures for the inauguration, which include 6,200 police officers who will mobilize around the National Museum in the coming days, have been finalized.

The Philippine National Police (PNP) will also have additional mobile forces on standby in case radical leftist groups try to disrupt the ceremony.

Malaya added that it is unsurprising that the communist terrorist groups (CTGs) are plotting to embarrass the incoming administration.

“That’s part of their playbook. Whoever sits in Malacañang is their enemy because ultimately, all they want is to overthrow the government through violent means to be followed by a socialist revolution,” he said.

Malaya said leftist organizers have been roaming around Tarlac, Cavite, Pampanga, and Laguna in the past weeks—mobilizing people and misleading the youth to join them in their protest actions.

“We respect the people’s rights to free expression, peaceably assemble, and the exercise of their democratic rights but this has to be done within the bounds of the law. Therefore, we advise all protesters to hold their peaceful demonstrations in Manila’s designated freedom parks such as Plaza Miranda, Plaza Dilao, Plaza Moriones, and Liwasang Bonifacio,” Malaya said.

“I just picked up what I consider to be credible information that there are groups in America and in the Philippine[s] planning and preparing to cause serious embarrassment and trouble for our newly elected President,” he said in his post.

In the same post, Enrile advised the national security officials of the incoming administration to reinforce their intelligence information rather than taking the approach of making “soft and pacific statements.”

“I have a humble unsolicited advice for the national security officials of the new regime. Instead of making soft and pacific statements seemingly intended to quiet and to gain the cooperation, trust, and confidence of the habitual trouble makers in this country, I suggest that they should sharpen their intelligence information,” Enrile wrote.