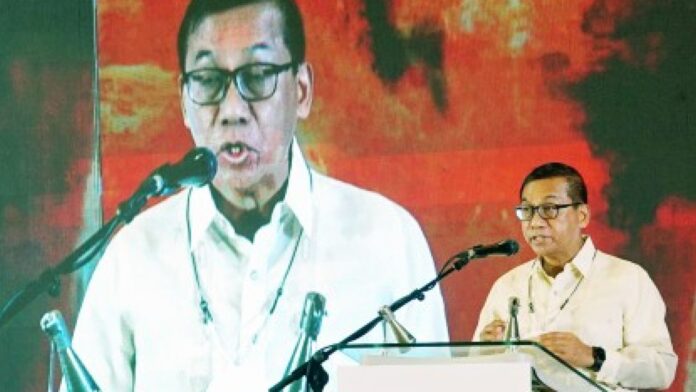 The Department of Science and Technology (DOST) on Sunday said it is eyeing to provide entrepreneurship training for scholars taking science, engineering and other related programs.

DOST Secretary Renato Solidum Jr. said training science and engineering scholars to set up their own business would open up more opportunities to make profit out of their research and innovations.

Solidum said entrepreneurship training would allow scientists and engineers to elevate themselves from being employees to owners of their own tech companies.

“Hindi yung empleyado ka lang. Baka mayroon kang maisip na innovation, either i-commercialize mo ‘yan at ibenta mo yung technology o ikaw mismo ang magdevelop ng sarili mong company (So you won’t just remain as an employee. You might think of an innovation that you can either commercialize or sell or develop your own company),” he said.

Solidum said he also wanted to partner with local businesses to give scientists and engineers a business model to start with.

Currently, he said the DOST is also providing support to patent inventions of students taking under the science, technology, engineering and mathematics (STEM) strand.

On Wednesday, President Ferdinand R. Marcos Jr. urged the DOST and their partner institutions to provide more scholarships to Filipino students to develop a bigger pool of scientists, researchers and innovators in the country.

He said the government must provide opportunities for scientists to learn new skills, citing how science and technology will determine the country’s success in the coming years.

Marcos previously described himself as a “frustrated scientist”, urging scientists to make use of their researches and innovations for the benefit of the Filipinos. (PNA)