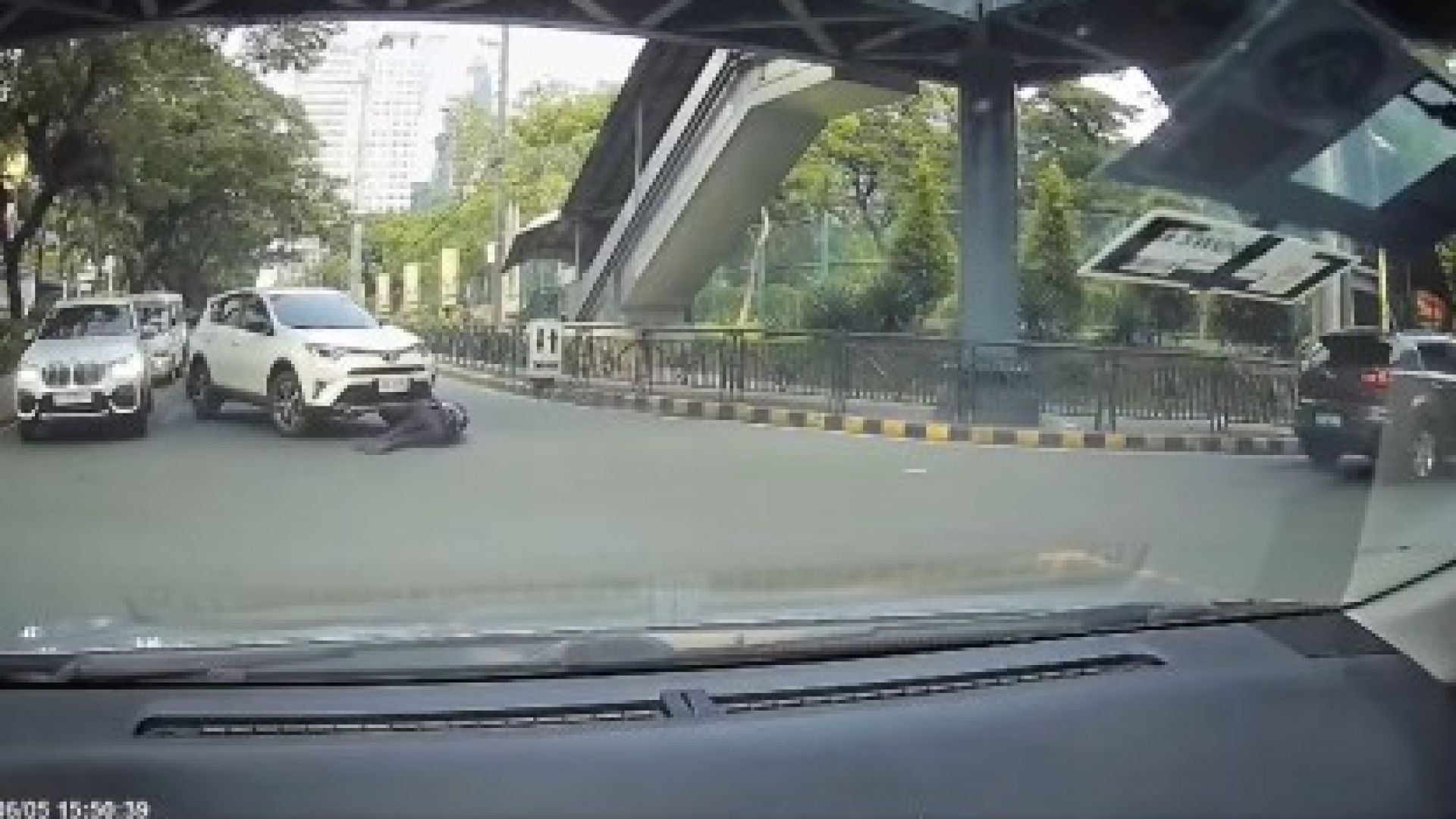 The Mandaluyong City police has filed charges of frustrated murder against the driver of a sports utility vehicle (SUV) caught in the act of bumping and rolling over a security guard in Mandaluyong City over the weekend.

The victim, Christian Joseph Floralde, is still in the hospital due to severe injuries.

Unos also said they are looking at filing charges against the security guards of the Ayala Heights Subdivision in Old Balara, Quezon City who denied them entry to the address of the SUV owner.

“It was early morning on June 6, around 5 a.m., when we located the house of the person involved in the accident. Our investigator tried to enter but the security guards refused,” said Col. Unos in Filipino.

Unos said they are still trying to determine if it was the SUV owner, identified as Jose Antonio San Vicente, who was driving the vehicle at that time.

“We still don’t have direct evidence that he was driving the vehicle during that time,” Unos said.

Also on Tuesday, the suspect failed to appear before the Land Transportation Office (LTO) – National Capital Region where he was summoned.

LTO-NCR director Clarence Guinto said the license of the SUV driver is suspended for 90 days, and may be revoked depending on the decision of the board. The hearing was reset to a still unspecified date.

The show cause order has already been received by the owner of the SUV, according to Guinto.

For now, he said the LTO assumes that the registered owner of the concerned vehicle is also the driver in the hit and run incident.

In a Viber message to reporters, LTO consultant Weng Ocfemia said the defendant was scheduled to present a written comment or explanation on the incident at the LTO Intelligence and Investigation Division (IID) in East Avenue, Quezon City on Tuesday.

Ocfemia said the hearing was supposed to be presided over by a three-member Special Hearing Committee.

A final show cause order was sent to the vehicle owner and driver, with the next hearing scheduled on Friday at 1 p.m.

Meanwhile, the Philippine National Police (PNP) appealed to netizens to refrain from threatening or bashing the erring driver.

“It is enough that we work together to help solve crimes and maintain peace and order. Let your PNP take care of the rest,” PNP director for operations, Maj. Gen. Valeriano de Leon said in a statement.

De Leon, meanwhile, thanked netizens for their help in identifying the erring driver in the viral video.

“In coordination with the Land Transportation Office, the Mandaluyong City Police were able to identify the registered owner of the white Toyota RAV4 using dashcam footage and witness testimony obtained from social media,” he added.

The dashcam video of the incident was uploaded on Facebook by a user identified as Miko Angelo Ramos.

Justice Secretary Menardo Guevarra said footage from ubiquitous vehicle cameras, usually on dashboards or windshields, is admissible as long as it complies with the rules on evidence.

Dashcam footage from third parties not involved in an accident may be used as evidence “but it needs proper authentication in accordance with the rules of court”, he told the Philippine News Agency in a text message. (PNA)