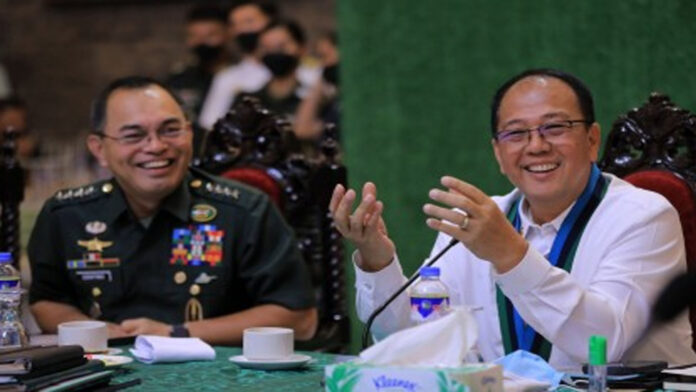 “Secretary Año will undoubtedly render his decisive, informed, and pragmatic guidance. The former Armed Forces of the Philippines (AFP) chief-of-staff and Secretary of the DILG (Department of the Interior and Local Government) has also been a stalwart advocate of our whole-of-nation approach on national security, especially in addressing the armed conflict brought by insurgency and terrorism,” Galvez said.

Galvez and Año took their oaths of office before President Ferdinand R. Marcos Jr. at Malacañang Palace on Friday and Saturday, respectively.

Both were part of the Cabinet of the Duterte administration, with Galvez also retaining his post as Presidential Peace Adviser.

“We also thank former NSA Secretary Clarita Carlos for her service in the Executive Branch and wish her the best in her new role at the Congressional Policy and Budget Research Department of the House of Representatives,” Galvez added.

The 61-year-old Año was a member of the Philippine Military Academy Class of 1983. Galvez, 60, graduated two years later.

Año was the military chief during the Marawi siege in 2017 while Galvez was one of the ground commanders and became AFP head himself the following year.

Galvez was likewise chief implementer of the Covid-19 response in the previous administration and was at the forefront of negotiations to secure vaccines. (PNA)