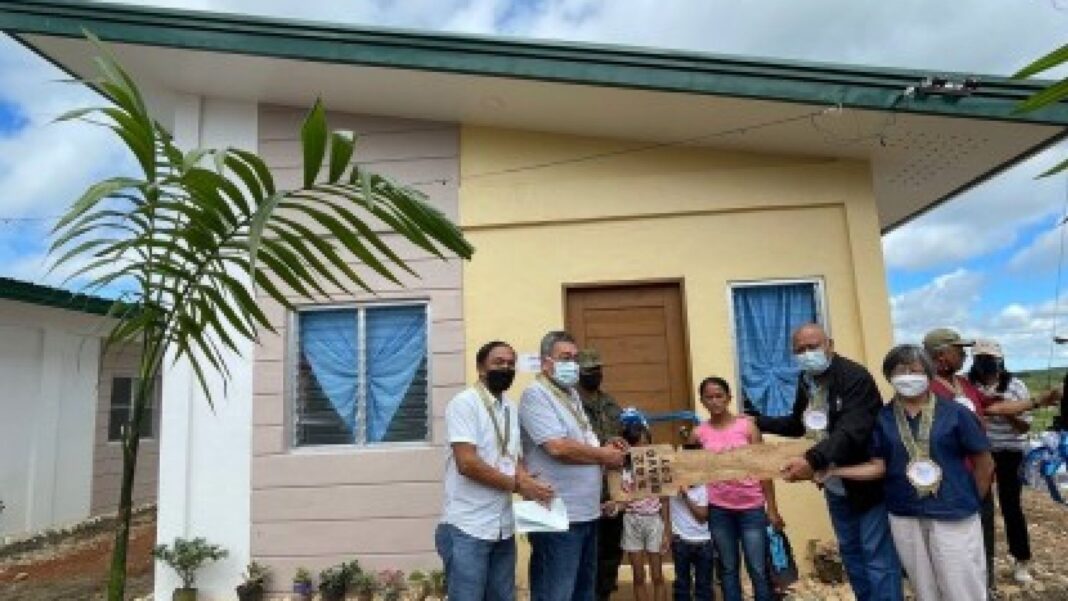 At least 20 housing units have been turned over by the Office of the Presidential Adviser on Peace, Reconciliation and Unity (OPAPRU) to members of the Peace and Development Community (PDC) of the Kapatiran para sa Progresong Panlipunan (Kapatiran) in Kabankalan City, Negros Occidental earlier this week.

In a statement on Saturday, Maj. Gen. Benedict Arevalo, commander of the Philippine Army’s 3rd Infantry Division, said these projects show the sincerity of the government in helping former rebels as they return to mainstream society.

“The collaborations of government agencies through the OPAPRU made all these assistance possible,” he added.

During the activity held on June 23, each of the Kapatiran member-family recipients was given shelter unit that included a rainwater collector developed through the partnership of OPAPRU with the Central Philippines State University.

Aside from the housing project, the Kabankalan PDC also received 16 heads of carabaos for dispersal as well goods and supplies for the Kapatiran Community Store worth PHP1 million from the Department of Labor and Employment.

Also part of the ceremonies was the groundbreaking for an additional 43 shelter units under the housing project’s second phase.

The various projects were turned over as part of the government’s commitment under the 2019 clarificatory implementing document (CID), considered the final and absolute settlement of the peace agreement, which ended years of armed conflict between the state and the RPM-P/RPA-ABB TPG.

The activity was led by co-chairs Veronica Tabara of Kapatiran and Defense Undersecretary Cesar Yano of the Joint Enforcement and Monitoring Committee, which oversees and monitors the implementation of the commitments under the CID, together with Mayor Pedro Zayco and 6th District Board Member Jeffrey Tubola.

The RPM-P/RPA-ABB, a breakaway group of the Communist Party of the Philippines-New People’s Army, signed a peace agreement with the government on December 6, 2000.

They later split into two – the TPG led by Veronica Tabara and Stephen Paduano, and the Nilo de la Cruz Group.

Only the TPG continued the process of finalizing a draft closure agreement with the government. (PNA)