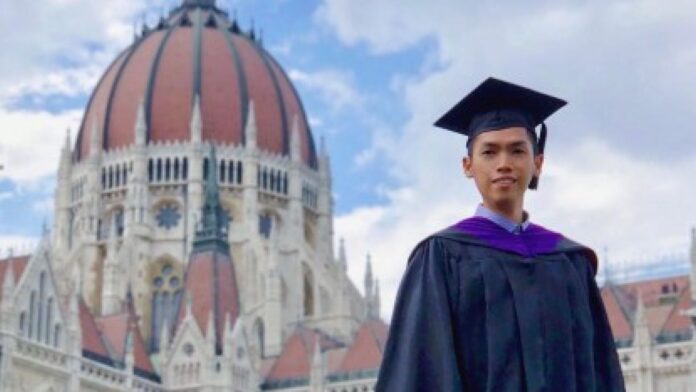 Filipino lawyer John Albert “Jal” Laylo and his mother were in an Uber vehicle in Philadelphia, Pennsylvania to catch their flight to Chicago when a still unknown assailant fired at them.

One of six bullets struck Laylo, 36, in the head, causing his death and adding him to the list of shooting victims in the United States.

His mother suffered slight injuries due to glass fragments.

Fox 29 reported that at least seven shootings early Saturday morning (US time) in Philadelphia left five injured and two dead, including “a 36-year-old [who] was killed after being shot multiple times throughout his body, according to police. He was found on Lancaster Avenue around 1:30 a.m.”.

In his tweet on Sunday morning, Locsin said “Laylo [was] shot in the head” and has instructed embassy officials to bring home the body and Laylo’s mother.

“We are saddened by the death of a kababayan (fellow Filipino) in a random shooting incident in Philadelphia. We ask you to join us in praying for the eternal repose of his soul,” New York Consul General Elmer Cato said in another tweet.

“We are also in touch with police authorities in Philadelphia who informed us that the case is being investigated and that no arrests have been made so far. We call on authorities to bring the perpetrator of this crime to justice,” he added.

Cato’s deputy, Armand Talbo, went the hospital and met with Laylo’s mother and other relatives.

“I was able to talk to her and assured her of DFA and Philippine Consulate’s support,” Cato reported.

Ople posted on Facebook that she was in shock after confirming the bad news.

“I can’t believe you are gone. My mind can’t process this tragedy — the viciousness of it all, how senseless this crime was. You live in our hearts. We love you, Jal Laylo,” she posted.

He passed the Bar in 2015 and also worked at the Senate.

In previous interviews, Cato always reminded Filipinos in the US to stay vigilant as hate crimes against Asians are getting more frequent.

Several Filipinos in New York have been attacked for no reason, some pushed down the stairs of subway stations or hit with hard objects.

Forbes.com reported on June 10 that 22 mass shootings already took place in the US this year.

“Violent gun deaths spiked by 35% in 2020 and homicide numbers — which are shootings in 80% of cases — remained just as high in 202 as they had been in the previous year. Mass shootings of any kind also experienced a peak in 2021  — 77 were recorded by Gun Violence Archive — while 2020 proved to be an about average year,” Forbes wrote. (PNA)