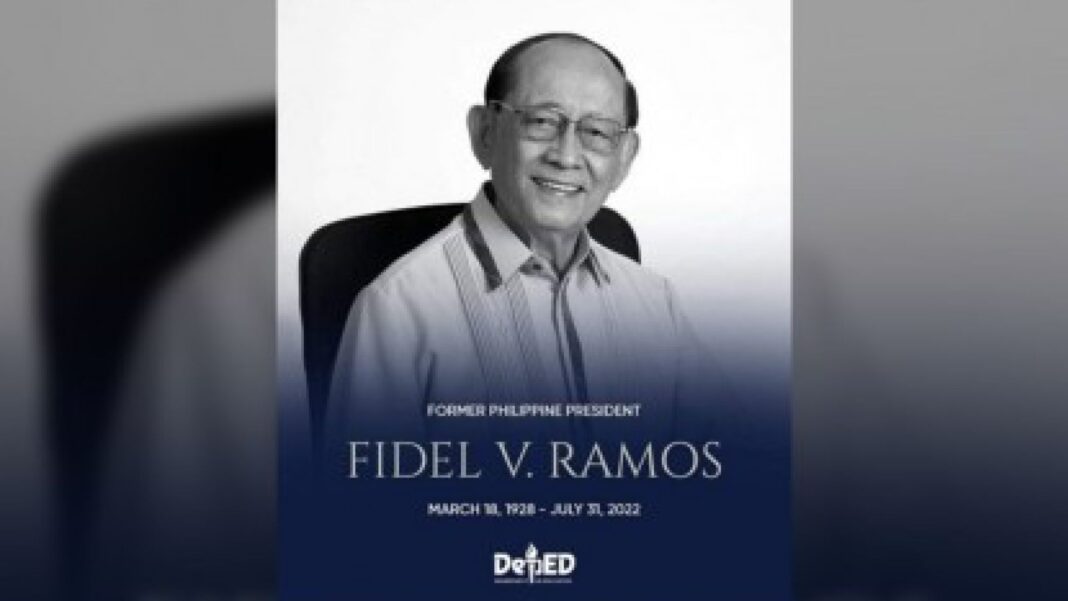 Vice President Sara Duterte said Former President Fidel V. Ramos is a ‘Patriot and true Champion of Philippine Education’ through a joint statement with the Department of Education (DepEd).

“I am one with the whole nation in grieving over the loss of a leader who, during his presidency, made peace possible in Mindanao. In 1996, he signed the peace agreement with the Moro National Liberation Front (MNLF), which ended the 24-year Moro armed revolution headed by Nur Misuari,” she said.

Vice President Duterte said that the late former president will be remembered for championing education and signing educational bills like the Science and Technology Scholarship Law (RA 7687), the Dual Training System Act of 1995 (RA7686), the CHED Law (RA 7722), the TESDA Act (RA 7796), among others.

Meanwhile, President Ferdinand Marcos Jr. also extended his condolences to the family of the former president.

“The legacy of his presidency will always be cherished and will be forever enshrined in the hearts of our grateful nation.” He said.

The Philippine Flag in DepEd offices and Schools will be hung half-mast until the late President’s burial.