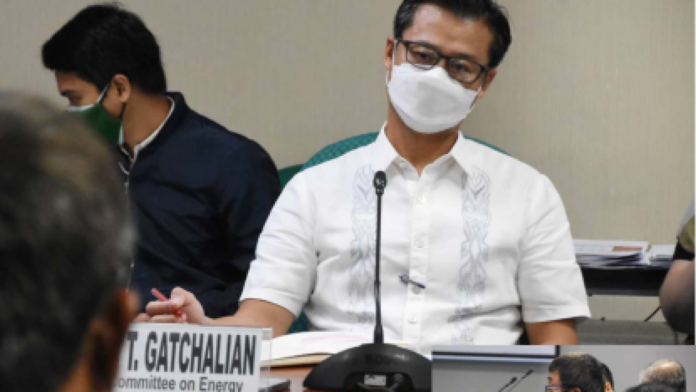 Senator Sherwin Gatchalian on Wednesday said there is a conflict of interest in the Philippine Amusement and Gaming Corporation (PAGCOR) responsibilities as regulatory body while also operating casinos.

“May conflict of interest talaga sa responsibilities ng PAGCOR. Sa kabilang banda, regulator siya, naghihigpit siya. Sa kabilang banda kumikita siya, maluwag siya (There is indeed a conflict of interest in PAGCOR’s responsibilities. Since it is a regulator, it should be strict. On the other hand, it earns, it is not so strict),” Gatchalian said in a press conference.

Gatchalian said if PAGCOR will strictly implement policies, it will not earn enough money and gaming operators, including the Philippine Offshore Gaming Operators (POGO) will leave the country.

He was referring to the problem of kidnappings and other crimes recently linked to the POGOs.

Gatchalian said one of his recommendations would be to amend the PAGCOR charter to create one body for regulation and another agency for operation.

During the previous Senate hearings, Gatchalian said finance experts and economists suggested a total ban of POGO due to “reputational risk” it brings to the country.

“Dahil nga merong krimen na nakakabit dito sa POGO, ang mga gustong mag-invest sa atin ayaw mag-invest dahil natatakot (Because there is a crime attached to POGO, those who want to invest in us do not want to invest because they are afraid),” he said.

He said instead of POGO, sustainable and long term foreign direct investments like business process outsourcing (BPO) should be encouraged to come to the Philippines.

Gatchalian said some POGOs did not properly declared their capital, including one that declared only PHP25 million but when audited by a third party, it turned out that the capital was PHP1 billion.

He, however, said he would give emphasis on the welfare of over 20,000 local workers who will be affected if POGOs will be totally banned in the country.

Gatchalian, chairman of the Senate Committee on Ways and Means, said he would finish his committee report on POGO investigation within two weeks. (PNA)