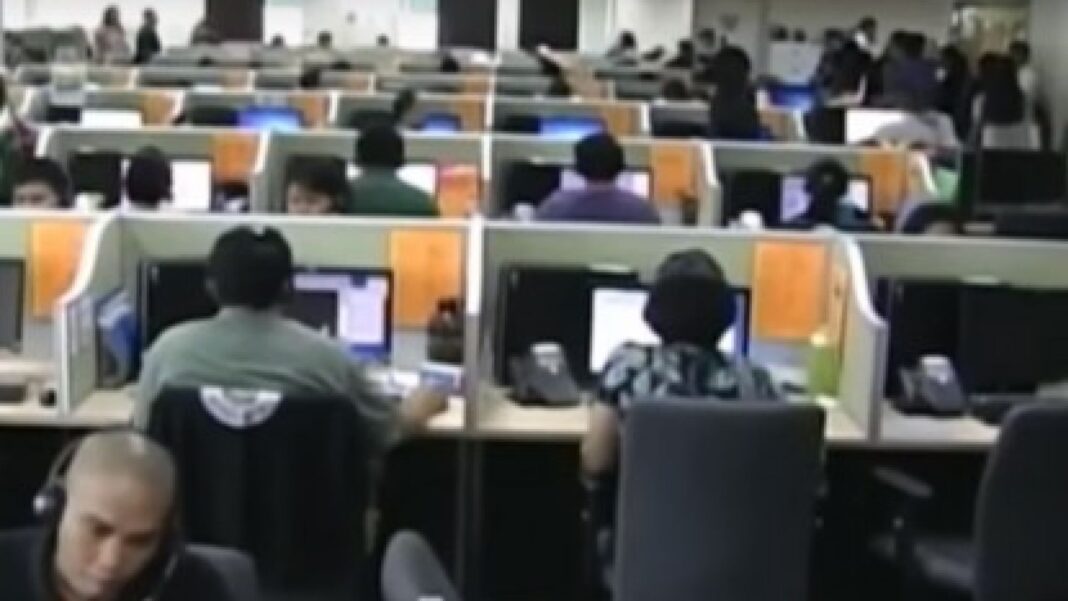 A lawmaker on Saturday said there should be a “concerted” government effort to manage the transition of business process outsourcing (BPO) companies from registering with the Philippine Economic Zone Authority (PEZA) to a more flexible enhanced deductions system.

Albay Representative Joey Salceda said he would work with the Department of Finance (DOF) and the Department of Trade and Industry (DTI) to encourage BPOs to register with the enhanced deductions system under the Corporate Recovery and Tax Incentives for Enterprises (CREATE) Act, either as exporters or as Board of Investments (BOI)-registered domestic enterprises.

He said the government should also ensure that BPOs are able to conduct alternative forms of working arrangements, such as work-from-home (WFH) while remaining competitive through tax incentives.

“Basically, the fear of the FIRB (Fiscal Incentives Review Board) appears to be that work-from-home reduces economic benefits from face-to-face work such as rent and spending on utilities and nearby establishments that serve workers,” he said in a statement. “So, we need a concerted effort to craft the package and procedure for that shift, and to make BPOs understand this.”

Salceda said he has already pitched with incoming House Speaker Martin Romualdez, several economists, as well as incoming members of the Marcos Cabinet that one of the best ways to deal with currency depreciation is to simply earn more dollars, adding that the BPO sector is a “big part” of that strategy.

“We really need to allow them to work from home. My argument is that WFH still allows us to earn dollars and employ workers, which is the point of tax incentives. So, my proposed compromise is this: If you want to do work-from-home, you will be required to register under enhanced deductions, either as (an) exporter or as (a) domestic market enterprise, depending on the level of economic contribution that you can still deliver to the country, despite WFH,” he said.

Salceda expressed hope to work with incoming Finance Secretary Benjamin Diokno and incoming Trade Secretary Alfredo Pascual to ensure that the work-from-home arrangement and other flexible work arrangements are kept.

He further argued that the work-from-home arrangement has its own economic benefits such as lower overall fuel and transport consumption.

“Both Secretary Diokno and Secretary Pascual are keen on digitalization of the economy, and a natural consequence of digitalization is working remotely. We should not kill a development that is good for Filipino families, who have now reclaimed part of their time together thanks to flexible work arrangements,” he said.

IT (information and technology) and Business Process Association of the Philippines (IBPAP) president and chief executive officer Jack Madrid, for his part, underscored the importance of maintaining fiscal incentives in attracting investments from the industry.

Madrid said IT-BPO firms value fiscal incentives being provided by the government, and it is often “the tie breaker in their investment considerations.”

“As a global leader in IT-BPM services, the Philippines finds its competitive advantage in the Filipino talent, our expanding digital infrastructure, and strong government support that creates an enabling and conducive business environment. It is the harmonious combination of these factors that allows the Philippines to maintain its global leadership in the industry,” he said.

Some IT-BPM registered business enterprises (RBEs) have decided to forego their tax perks from the government to maintain the work-from-home (WFH) arrangement for IT-BPM employees, as the FIRB ordered RBEs in the sector to bring back 100 percent of their operations in the office.

RBEs that will not comply will lose their fiscal incentives.

“The decision of IT-BPM RBEs to forego their income tax perks is a difficult interim measure to address the needs of their employees and meet the demand of clients who prefer WFH/hybrid work arrangements. As such, the industry hopes that the FIRB will soon reconsider its decision and rule in favor of the IT-BPM industry by allowing its players the privilege of fully implementing the PEZA Letters of Authority (LOA) on WFH,” Madrid said.

He added the industry group stands by its position on hybrid work arrangement and the legal basis of PEZA’s granting of LOA to allow 30 percent of WFH until Sept. 12, 2022. (PNA)