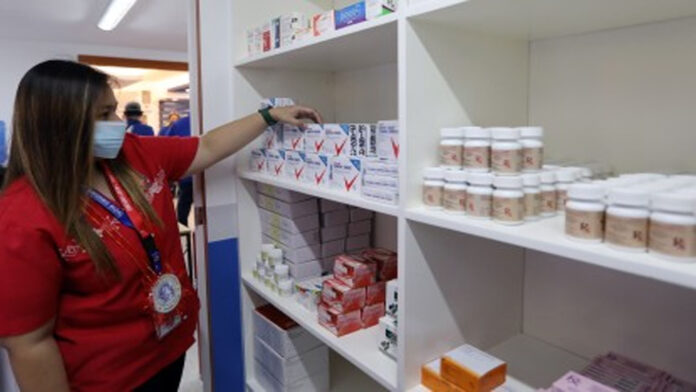 Valenzuela City First District Rep. Rex Gatchalian on Tuesday hailed the approval of House Bill 6557 by the House of Representatives, saying it is a “giant step” towards improving the conditions of barangay health workers (BHWs) who have been at the frontlines of healthcare at the grassroots level.

The Magna Carta of Barangay Health Workers (BHWs) which is one of the priority measures of the Marcos administration, was approved on final reading by the House with an overwhelming 258 votes Monday evening.

“It is time to recognize the vital role that our BHWs play in the delivery of health services in the communities, especially in the rural areas of the country. Our collective efforts to ensure the passage of the Magna Carta of Barangay Health Workers is our expression of gratitude for their diligence and sacrifices,” said Gatchalian, chair of the House Committee on Local Government.

“We hope that in this small way, we are taking a giant step towards improving the conditions of our BHWs,” Gatchalian, one of the primary authors and sponsor of HB 6557, added.

BHWs are close to the heart of Gatchalian, as his nine-year stint as Valenzuela City Mayor has allowed him to be on the ground and personally see, among others, the extreme sacrifices made by BHWs as community educators in preventing simple diseases, monitors and data gatherers for policy-makers and primary healthcare providers.

During his sponsorship speech, Gatchalian cited the case of Aling Pacita, a 58-year-old mother of four, and a barangay health worker (BHW) in her free time from her maternal responsibilities.

“She has been working for the past 16 years as a BHW. She tirelessly walks around her neighborhood to give primary health care services and gathers data on the overall health status of the community. She is the one administering vaccines in the barangay hall, facing the risk of infection but always keeping in mind the health of the community. Ever since she began to volunteer her time as a BHW, she has been at the frontlines of healthcare,” he said.

“Our BHWs have been at the frontlines of healthcare since time immemorial. Aling Pacita is a symbol of the thousands of BHWs who risk their own personal safety and sacrifice their personal comfort to improve the health of the community. They have always done their role, it is now time to do ours,” he added.

HB 6557, which is a consolidation of 49 measures, seeks to provide BHWs with a comprehensive set of compensation and benefits that include hazard allowance, transportation allowance, subsistence allowance, one-time retirement cash incentive, health benefits, insurance coverage and benefits, vacation and maternity leaves, cash gifts and disability pay, among others.

The measure also mandates that an accredited BHW who has rendered at least five years continuous service shall be conferred with a first grade Civil Service Eligibility; and mandates the Department of Health (DOH) to provide continuing education and training programs for BHWs.

It likewise mandates the municipal, city or provincial government and the Department of the Interior and Local Government (DILG) to establish a grievance mechanism to address complaints regarding acts of discrimination and unjust removal of BHWs from the service;

With HB 6557 now on its way to the Senate, Gatchalian expressed optimism on its eventual enactment into law this 19th Congress,

A similar act providing a Magna Carta for Barangay Health Workers has been approved by the House of Representatives during the 18th Congress, but failed to pass in the Senate for “lack of material time.”

“We would like to thank the many authors of this measure for their passion and insights in drafting this important measure, as well as our colleagues who share our beliefs on the virtues of the Magna Carta for Barangay Health Workers,” he said.

Lastly, he also took the time to thank BHWs for their crucial role in making health services accessible in every community.

“Maraming salamat sa inyong pagsisikap at sakripisyo. Katuwang namin kayo sa pagharap sa mga pagsubok na dala ng pandemya. Ang proseso ng pagbuo ng bansa ay hindi maisasakatuparan kung wala ang mga katulad ninyo na umaagapay sa pamahalaan (Thank you very much for your diligence and sacrifices. You are our partners in facing the challenges brought by the pandemic. The process of nation-building would not be possible without people like you who provide assistance to the government),” Gatchalian said. (PNA)