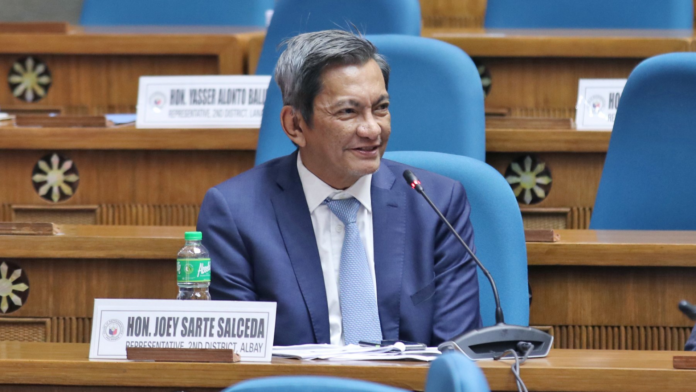 Albay Second District Representative Joey Sarte Salceda assured the Department of Health (DOH) that their proposal for higher taxes on “sin” products and sugary beverages will be reviewed, but restrained the bid for junk food.

In a statement on Monday, Salceda said House Ways and Means Committee will consider the Health department’s proposal on excise tax increase for sweetened drinks and alcohol, cigarettes or “sin” products, including modern tobacco variants such as vape.

Last week, the DOH announced in a televised briefing that their agency is pushing for higher taxes on non-nutritious food such as sweetened drinks and “junk food.”

He mentioned that higher taxes for sugary beverages will be considered since it might reduce the sugar demand and help in managing the supply deficit to reduce importation needs.

“It seems like there is space, especially since sugary drinks increased prices year-on-year by just 3.9 percent last August. According to official statistics, sugar prices increased 26 percent over the same period. So, obviously, there is very little pass-through, especially since sugary drinks use imported bottler’s grade sugar, the wholesale price of which is just P20/kg,” Salceda added.

The Congressman also pointed out that “the committee will study the impact, especially since revenue collection has already flatlined to the 32-35 billion per year mark. We want to see whether it will really have an impact on obesity.”

He guaranteed that his office will approach more regulation means and added that they will advocate for a ban on sweetened drinks in public and private elementary schools.

On the other hand, he said that the committee will unlikely push for an increased tax on “junk food.”

“We are disinclined towards a junk food tax. It seems that global best practices that really work are closer to regulation than taxation, especially on salt levels.”

He proposed that sales restrictions on schools where the product is highly accessible might be a “better approach” while adding that a specific definition for “junk food” may be problematic.

“Besides, defining what junk food is will definitely be a challenge.”

“We will still study taxes on junk food, but we lean towards regulation rather than taxation.”

Meanwhile, the lawmaker said the committee is open for increased taxes on cigarettes, alcohol, and modern tobacco variants including vape.

“We will definitely consider the proposals. In fact, I am already preparing a bill on higher taxes on vape products, especially now that global jurisprudence already acknowledges the harm in vaping,” Salceda said in line with the $438.5 million multi-statement settlement between JUUL Labs, a vaping product manufacturer, and several states in the USA.

According to him, a study group of civil society and government agencies was already assembled to discuss the ideal rates and taxation designs.

“Again, we will consider all proposals, and all counter-arguments, including illicit trade, jobs losses, inflationary impact, as well as what works in other countries. In principle, the committee believes in health taxes, especially to fund universal health care,” he added.