Journalism Must Be In Service Of Truth, NTF ELCAC Tells NUJP 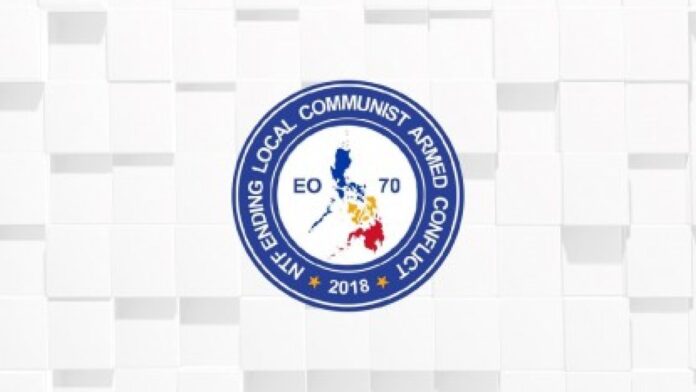 The mission of journalism is to always seek the truth and to report it, without any biases, the National Task Force to End Local Communist Armed Conflict (NTF ELCAC) reminded the National Union of Journalists of the Philippines (NUJP).

“Journalism must always remain in the service of the truth, it should not be subservient to the vested interests of any person or group. Otherwise, it is not journalism in the truest sense of the word. It is already engaging in the realm of propaganda,” NTF-ELCAC spokesperson for Legal Affairs Flosemer Chris Gonzales said in a statement on Wednesday.

The NTF ELCAC said the NUJP is again accusing the government of harassment, restricting press freedom and silencing journalism.

On Wednesday, the NUJP said it stands together against all attempts to allegedly silence journalists.

Gonzales said the NUJP’s statement is a discordant response to the issues it raised.

He said the SEC has valid legal grounds to shut down Rappler.

In an order dated June 28, the SEC affirmed its earlier decision to revoke the certificates of incorporation of Rappler Inc. and Rappler Holding Corporation for “violation of constitutional and statutory restrictions on foreign ownership in mass media.”

“In this country of laws, no one is above the law. No one. Definitely not Rappler,” Gonzales said.

Meanwhile, he added that the NTC has more than sufficient cause and reason to order the blocking of Bulatlat and Pinoy Weekly.

He said National Security Adviser Hermogenes Esperon’s request to the NTC “is based on undisputed hard facts and evidence [which the NUJP and all other pocket reactionary groups have refused to perceive and understand objectively] that would warrant the issuance of the NTC order”.

Gonzales said the regulation of blocktime broadcasting arrangements is a reasonable exercise of regulatory powers by the NTC.

He said freedom of expression and press freedom are very much alive in the country as demonstrated by the fact that the NUJP can react and criticize freely the actions of the government and its agencies.

“If the NUJP so intends, they can criticize the government on a daily basis but that will not change the fact that the government agencies like the SEC and the NTC have their respective mandates to implement the law and exercise their regulatory powers as allowed under our laws,” he said.

“Misinformation remains to be one of the nation’s greatest enemies; and is in fact a powerful tool used by the Communist Terrorist Group to sow enmity and discord—dividing the Filipino people and separating us from objectivity and the truth,” Esperon said.

“Though we recognize that websites like Bulatlat and Pinoy Weekly have been using their platforms to spread information on causes important to them, we cannot simply turn a blind eye to the fact that they have actively supported organizations affiliated with the CPP-NPA-NDF,” he added.

Esperon said the decision to include the two news organizations in the list of websites affiliated with the Communist Party of the Philippines-New People’s Army-National Democratic Front (CPP-NPA-NDF) stemmed from the stories and articles published by the news sites.

The CPP-NPA is listed as a terrorist organization by the United States, the European Union, the United Kingdom, Australia, Canada, New Zealand, and the Philippines.

The ATC also formally designated the NDF as a terrorist organization on June 23, 2021, citing it as “an integral and inseparable part” of the CPP-NPA that was created in April 1973. (PNA)