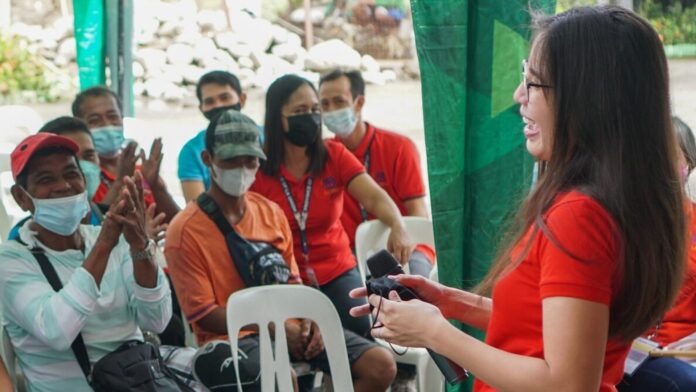 Governor Rafy Ortega-David reported on Wednesday that the provincial government has delivered various seedlings to La Union’s numerous communities in an effort to make the province self-sufficient in terms of food security.

Sharing seedlings and vegetable seeds that can improve each community’s food supply is an important part of creating a self-sufficient La Union, Ortega-David emphasized.

She said, “As we continue to push to be the Heart of Agri-Tourism in Northern Luzon by 2025, we are also strengthening our constituents, especially our farmers, who are at the forefront of our strategy.”

The governor said the Provincial Government of La Union (PGLU) would pursue initiatives like this in the future to improve and expand the province’s supply of backyard produce.

Ortega-David was instrumental in last month’s inauguration and blessing of the Calungbuyan Farmer’s Multi-Purpose Center, which is a component of the Heart of Agri-Tourism in Northern Luzon by 2025 vision.

The infrastructure was supported by the provincial government as a help to the farmers and their families, as well as other people, from the said barangay, according to La Union’s Public Information Office (PIO).

It was emphasized that the building would be used for a variety of activities that would help the kaprobinsiaan enhance their skill sets and produce new and successful business concepts, goods, and livelihood prospects.

According to the PIO, the PGLU recognizes the efforts and contributions of the agriculture industry, including the farmers, not only in the province’s pandemic-affected economy’s recovery, but also in their support for #LaUnionPROBINSYAnihan in the province’s realization of its vision to be the Heart of Agri-tourism in Northern Luzon by 2025.