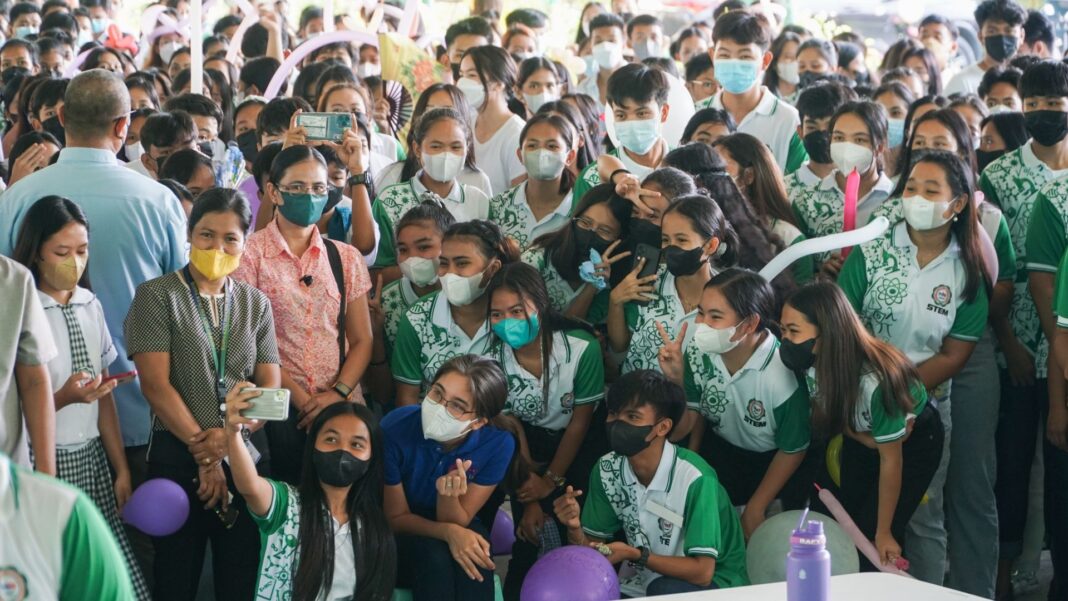 The Provincial Government of La Union (PGLU) is distributing educational scholarship assistance for high school students in various schools in the province, according to Governor Rafy Ortega-David.

She revealed in a Facebook post on Thursday that the Regional Science High School for Region 1 is a part of the said initiative.

“Nagpunta tayo sa Regional Science High School for Region 1 and I am truly overwhelmed by the warm welcome you have given us. Ang sigla at sigasig ng inyong generation fuels me to work harder and do more for our La Union,” Ortega-David added.

She also reaffirmed the PGLU’s commitment to providing stipends to indigenous people and students from disadvantaged backgrounds who merit them.

The governor emphasized that the PGLU will also support initiatives that can improve young people’s educational attainment.

Last month, the Public Information Office (PIO) of PGLU announced that Ortega-David had handed over a check for P6.705 million to Donato Balderas Jr., the Superintendent of the Schools Division of the Department of Education La Union Schools Division Office, to be used for the 474 public schools in La Union’s proposed school projects and building improvements for the academic year.

Each public school in the province will receive P15,000 in financial aid through the Provincial School Board’s Special Education Fund, according to the statement.

The PIO said Ortega-David emphasized that providing the kaprobinsiaan with a basic education is one of her main priorities as governor and that she ardently supports the development projects for the province’s educational system.

“As the new Governor of La Union and a youth advocate, one of my priorities in the P.U.S.O. agenda is to provide Universal Access to Basic Needs including Basic Education for I strongly believe that quality education is the foundation of growth and development in building a brighter nation, hence, I assure my full support in all the development programs under the education sector in La Union,” she was quoted as saying.