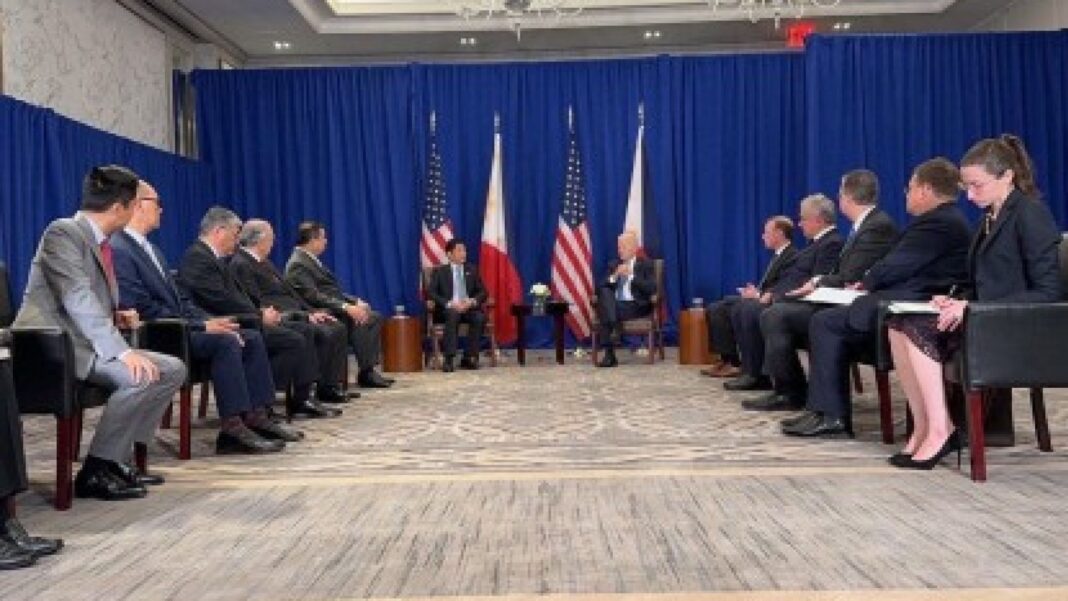 The meeting between President Ferdinand Marcos Jr. and United States President Joe Biden in New York sends a positive signal about the enduring alliance between the two nations, a political analyst said Friday.

The two leaders met on the sidelines of the 77th United Nations General Assembly on September 22 and discussed regional and global issues, and ways to expand bilateral cooperation.

“[B]oth reiterated their strong support for the alliance and also their strong support for a rules-based international system that is a multipolar world. That means the Philippines is strengthening and believes in the partnership that we have with the US and other countries that share the values of the US,” Dindo Manhit, president of Stratbase ADR Institute for Strategic and International Studies, said in statement.

Stratbase ADR is an independent international research organization focused on the in-depth analysis of economic, social, political, and strategic issues influencing the Philippines and the Indo-Pacific region.

Manhit believes it is also why both leaders renewed their commitment to the freedom of navigation and overflight in the South China Sea.

According to a White House readout, Biden and Marcos discussed the situation in the South China Sea and “underscored their support for the freedom of navigation and overflight and the peaceful resolution of disputes.”

Aside from the South China Sea, the two leaders tackled energy security, climate action, and infrastructure; the Russia-Ukraine war and its implications on energy prices and food security; Myanmar’s political crisis; and human rights.

In a tweet Friday, US Ambassador to the Philippines MaryKay Carlson said the Philippines-US alliance “is strong and enduring. More than just a statement, this is our commitment to continue enhancing our partnership with the Philippines to achieve our shared goals of peace, progress, and prosperity for all Filipinos and Americans.” (PNA)