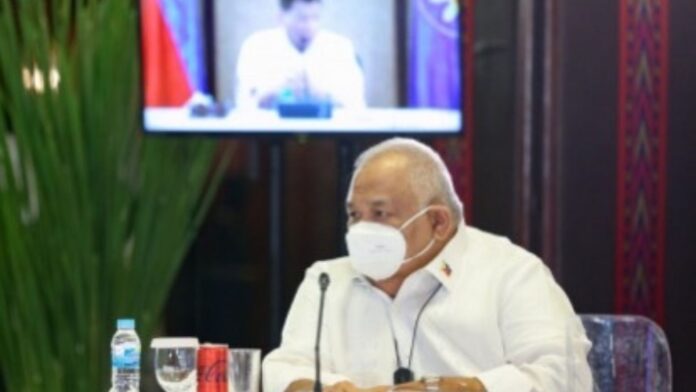 Executive Secretary Salvador Medialdea praised Duterte’s administration for its reform of the country’s economic development during the Philippine Economic Briefing (PEB) at the Philippine International Convention Center in Pasay City, on April 5.

Executive Secretary reiterated that the government effectively implemented its plan despite the effect of the COVID-19 pandemic on our economy and social life.

Secretary Medialdea said that our economic growth is “not only measured by statistics, but can be seen, touched, and felt by the Filipino people.”

“These reforms not only benefit our people today but also set the foundations for more resilient and sustainable growth and broadly shared prosperity,” Medialdea added during the speech.

During his speech, Medialdea mentioned the 10-point socioeconomic agenda presented by President Duterte’s team in June 2016, which pertains to the lowered of taxes of corporations, rationalizing the fiscal incentive system, increasing the Philippines’ competitiveness, increasing the net take-home pay of workers, promoting financial inclusion and digitalization, and improve the ease of doing business in the country.

Secretary expressed his certainty that the country will recover after this health crisis citing that “the pandemic disrupted the Philippines” but assured the disruption was only temporary.

Medialdia guaranteed the public that Duterte’s administration will never stop creating a market-friendly policy environment that will navigate the shared vision and aspirations of the business, youth, and civil society sectors.

“While many challenges remain, I am confident that we have shaped a better future for our economy and our people. The Duterte administration will continue to work towards a smooth transition and leave the public office with stronger foundations in place for inclusive and sustainable economic growth,” he stated.

The briefing carried the theme of “Six Years of  Institutionalizing Game-Changing Reforms and Shaping the New Economy”, which discussed the government’s accomplishments in the past six years of uplifting our economy.