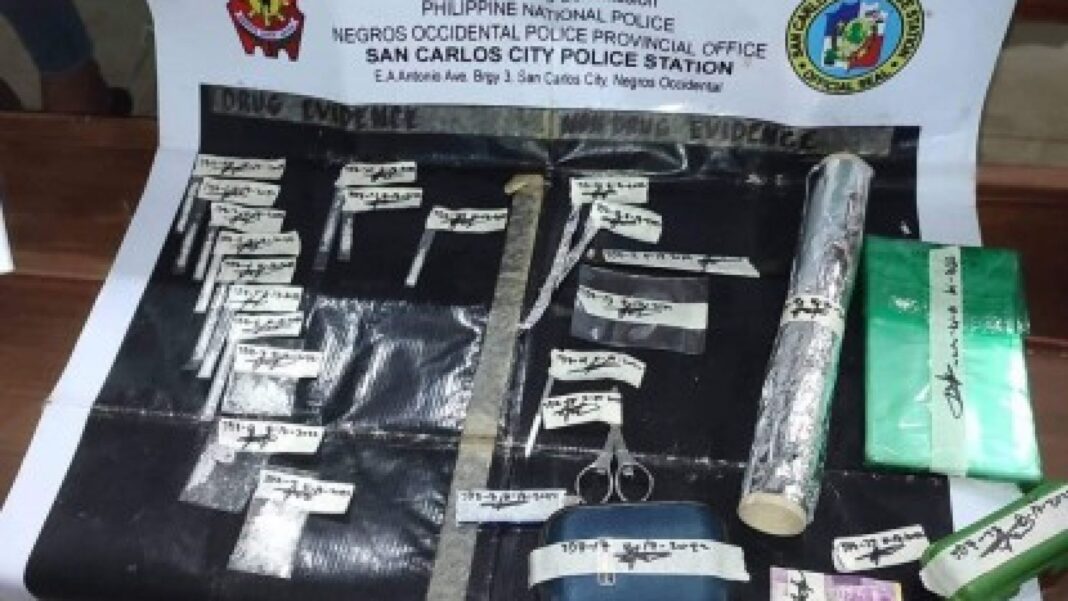 BACOLOD CITY – Charges of possession of illegal drugs have been filed against the son of Mayor Marilyn Era of Calatrava, Negros Occidental, who was arrested with two others in a buy-bust at neighboring San Carlos City on Wednesday night.

Nestor Era Jr., 40, is detained at the San Carlos City Police Station, together with Chito Atienza, 46, and Rosalia Nemenzo, 60.

Lt. Roby Aurita, city police deputy for administration, said Friday the suspects would remain in their custody until the court issues a commitment order for their transfer to the Bureau of Jail Management and Penology facility.

“They all turned out (to) be positive in the drug test,” Aurita added.

Police charged the three with violation of Section 11 (possession of dangerous drugs) of Republic Act 9165 or the Comprehensive Dangerous Drugs Act of 2002 before the San Carlos City Prosecutor’s Office on Thursday.

Atienza and Nemenzo were also charged with the sale of dangerous drugs and conspiracy.

During the operation at the residence of Atienza in Barangay 6, he sold a sachet of suspected shabu with an estimated street value of PHP600 to a poseur buyer.

Both Nemenzo and Era, who were inside the house allegedly using the prohibited substance, were likewise arrested.

Operatives seized from Atienza about 13 sachets of suspected shabu, weighing 15 grams, with a standard drug price of PHP102,000.

In a media interview on Thursday, Mayor Era said she does not condone the illegal acts of her son, adding that he has to face the consequences of his actions. (PNA)