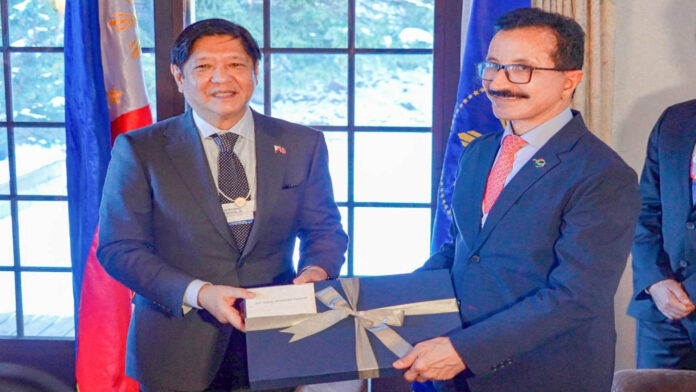 President Ferdinand R. Marcos Jr. believes that forging new networks and partnerships will open up the Philippines to “limitless” opportunities in a global economy that is dealing with both conflicts and the Covid-19 pandemic.

In his recent vlog, Marcos gave a recap of his visit to Davos, Switzerland last week to participate in the 2023 World Economic Forum (WEF).

Marcos’ trip yielded beneficial outcomes such as new trade and investment opportunities, forged key partnerships to support the country’s development program and increased the level of cooperation among various countries.

“The opportunities are limitless when we open up to new networks and partnerships,” he added.

He said the WEF’s theme “Cooperation in a Fragmented World”, which was similar to his call for unity in the Philippines, underscored the importance of nations making a joint effort to address global problems such as immediate economic, energy and food crises while laying the groundwork for a more sustainable, resilient world.

“Ibig sabihin rin nito ay hindi Pilipinas lamang ay may mga problemang hinaharap lalo na sa pagtaas ng presyo ng bilihin, pagkain. Ito ay pandaigdigang suliranin na kahit ang mga pinakamahuhusay na ekonomista ay pilit na inilulutas (This also means that it is not only the Philippines that is facing problems, especially with the increase in the price of goods, food. This is a global problem that even the best economists are struggling to solve),” he added.

Marcos acknowledged that there is no silver bullet to the world’s problems, but added that working together may help solve some of them.

Meanwhile, the President welcomed the WEF as an opportunity to show the world that the Philippines is leading economic recovery and performance in the Asia-Pacific and in the whole world.

“Tayo rin ay nabigyan ng pagkakataon ihayag ang mga pamamaraang ginagawa natin sa Pilipinas sa gitna ng krisis na ito. Ito marahil ay sa kadahilanang kumpara sa ibang bansa, naging maganda ang performance natin sa pagbabangon nitong nakaraang taon kaya tuloy-tuloy lang ang ating pamahalaan sa pagpupursigi tungo sa pagbabangon (We were also given the opportunity to reveal the methods we are doing in the Philippines in the midst of this crisis. This is probably due to the fact that compared to other countries, we have had a good performance in recovery this past year, so our government continues to strive towards recovery),” he said.

He also said economic leaders and investors were supportive of his administration’s plan to establish the Philippines’ first-ever sovereign wealth fund.

House Bill (HB) 6608 or the proposed Maharlika Investment Fund (MIF) Act seeks the establishment of an independent fund that will be sourced from the investible funds of select government financial institutions (GFIs), contributions of the national government, declared dividends of the Bangko Sentral ng Pilipinas and other funding sources.

The proposed MIF shall be used to invest on a strategic and commercial basis in a manner designed to promote fiscal stability for economic development and strengthen the top-performing GFIs through additional investment platforms that will help attain the national government’s priority plans, the bill said.