No Pressure From PBBM On Maharlika Fund: Senators 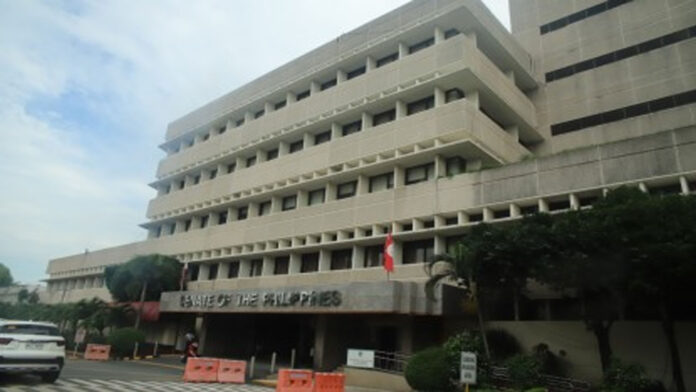 President Ferdinand R. Marcos, Jr. did not exert any pressure on the Senate to pass the Maharlika Investment Fund, senators assured.

Senator Francis Tolentino on Wednesday said senators, however, might have different concerns on the measure.

“I don’t feel any pressure from now. Although it was passed by the House (of Representatives), I would think that the efforts coming out of the pandemic, especially with the objectives, I’ve read the House version. It’s more for the infrastructure development of the country, the investments of our excess funds in so far as the government financial institutions are concerned, and I don’t see anything wrong with that,” Tolentino said in an interview.

This, after Senator Mark Villar filed on Monday Senate Bill No. (SBN) 1670 or An Act Establishing The Maharlika Investment Fund which was already referred to the Senate Committee on Banks.

Tolentino assured that senators will look into the measure thoroughly to make sure that there will be transparency and it will be successful like sovereign wealth funds established in other countries.

“It will be scruitinized down to the last period and comma. We will try to infuse more transparency here. On my part, since this is the first time that we’re gonna do this, I would want to have a mechanism that would involve a transfer of knowledge and technology here,” Tolentino said, citing the Alaska Permanent Fund as a good example of technology transfer.

Senator Cynthia Villar suggested that all the good features of the measure should be included in the final version to avoid any defects and problems in the future.

Villar said allowing private or even foreign companies to invest in Maharlika fund might be a good idea.

“Tingin ko kapag may private money mas babantayan eh. Yung private stakeholder mo hindi sila papayag na iwala mo yung pera nila. Answerable sila sa kanilang investors (I think when there is private money, it will be watched more. The private stakeholders will not allow you to lose their money. They are answerable to their investors),” Villar said.

Senate Majority Joel Villanueva told reporters that it is good for them to know that President Marcos is not pressuring the Senate on passing the measure.

“Welcome development yung binanggit ng Pangulo (what the President said) that he is not expecting the Senate to fast-track and he cautioned us to be very careful. You know the President came from the Senate and he knows very well how senators work and we will definitely scrutinize and see to it that this is needed,” Villanueva said.

He said they are scheduled to meet with the Marcos administration’s economic managers on Jan. 30 to discuss the measure.

Villanueva said he is looking forward to discuss with them the funding source, the objective and if the sovereign fund can be created without the need to pass a law.

“Nakikinig naman ang ating mga kasamahan sa executive. Magandang pakinggan itong darating na meeting namin sa kanila (Our colleagues from the executive listen. It is good to hear about this coming meeting with them),” he said.

It also prohibits government-owned and controlled corporations such as the Social Security System, the Government Service Insurance System and Home Development Mutual Fund from contributing to the Maharlika fund.

The House of Representatives passed its own version of the bill on third and final reading in December 2022. (PNA)