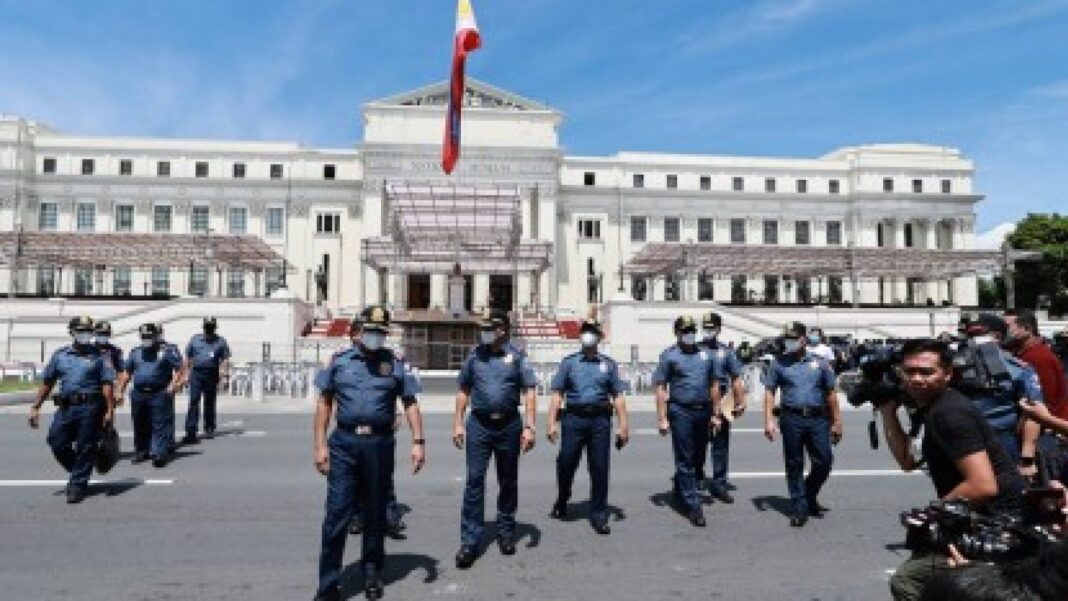 Only transparent bags will be allowed for guests who will attend the inauguration of President-elect Ferdinand “Bongbong” Marcos at the National Museum of the Philippines on June 30, the Philippine National Police (PNP) said Wednesday.

He also said the PNP will be deploying nearly 7,000 cops to secure the museum’s vicinity and help screen attendees to the event.

With just a week left before the inauguration rites, Danao said their security preparations are nearly complete.

“The Directorate for Operations who is really personally supervising the whole operation and the whole deployment (of our troops). We are almost 98 percent done. All that is left are barriers to be put by the Department of Public Works and Highways,” he said.

Danao said motorists are advised to take alternate routes as heavy traffic will be expected, particularly on roads leading to and from the National Museum.

Medical stations will also be deployed to cater to emergency situations, he added.

He said final security preparations have been laid down and finalized to ensure success and zero casualty and any untoward incident.

“We would like to assure our incoming president that on behalf of the 225,000 officers and men of the PNP, our forces are ready for the inauguration of the incoming president. We will assure you that the PNP will give its best to secure the safety of our visitors, especially the first family,” Danao noted.

While protest actions are allowed in “freedom parks” without any permits, Danao said they will not allow protesters to go near the venues for any rallies or such to prevent any untoward incidents. (PNA)