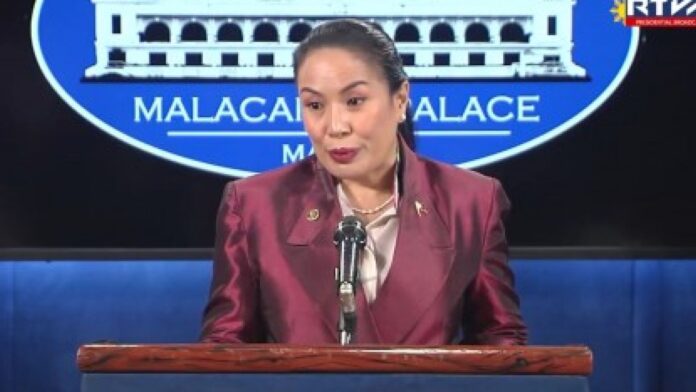 MANILA – The Office of the Press Secretary (OPS) is currently crafting a “more comprehensive” feedback mechanism to enable President Ferdinand Marcos Jr.’s administration to be “more responsive” to the needs of the people.

She made the statement as she acknowledged the importance of public feedback on the performance of state departments and offices, including the OPS.

During her virtual attendance at the Senate Committee on Public Information and Mass Media hearing on Monday, Cruz-Angeles said part of the OPS’ mandate is to also hear the Filipinos’ sentiments, not just to disseminate information on policies, programs, and achievements of the Marcos administration.

An improved feedback mechanism would allow the entire government to attend to the needs of the Filipino people, she said.

Cruz-Angeles said to realize its bid to promote citizen engagement, her office is conducting a performance evaluation of state-run PTV-4 and Radyo Pilipinas.

“Ang feedback mechanism natin pagdating sa television at sa radyo, number one is ‘yung ratings nga namin. Tinitignan po namin nang maigi iyan kung nahihikayat naming makinig ang mga tao doon sa aming mga istasyon (Our feedback mechanism when it comes to television and radio, number one is our ratings. We are monitoring if we are able to encourage the public to watch and listen to our television and radio stations),” she said.

Cruz-Angeles noted that the OPS is also using social media platforms to monitor the netizens’ responses.

She also has a Tiktok account with the username @seccruzangeles.

Her office also manages the Office of the President’s (OP) official Facebook page.

Cruz-Angeles expressed gratitude that the feedback from the public includes appreciation for the efficient and immediate delivery of government service.

Executive Order (EO) 2, which was inked by Marcos on June 30, reorganizes and renames the now-defunct Presidential Communications Operations Office to the OPS.

Radio Television Malacañang is now under the Presidential Management Staff’s supervision, while the Philippine Information Agency is now controlled by the OP. (PNA)