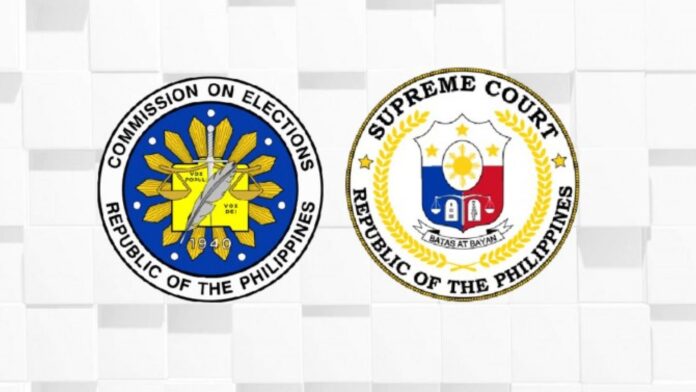 The Supreme Court (SC) will commence oral arguments on the petition questioning the rescheduling of the barangay election on Friday.

In a press briefer on Tuesday, the SC said a meeting en banc set the oral arguments at 3 p.m. on October 21.

Respondents must file their comments no later than noontime of the same day.

Poll lawyer Romulo Macalintal on Monday asked the high tribunal to declare unconstitutional Republic Act (RA) No. 11935 that reset the Barangay and Sangguniang Kabataan Elections (BSKE) from December 5 this year to October 2023.

The petition also wants the SC to direct the Commission on Elections (Comelec) to proceed with the polls this year.

The Sangguniang Kabataan is not included in the petition as “SK membership is a mere statutory right conferred by law and that Congress may amend at any time the law to change or even withdraw the statutory right,” Macalintal said.

Macalintal argued that the Constitution does not give Congress the power to postpone the elections nor to extend the term of office of village officials because it is within the exclusive jurisdiction of the Comelec “after it has determined that serious causes warrant such postponement.”

“By extending the term of office of barangay (village) officials, RA 11935 violates the principle that the term of said officials should not be longer than their superiors,” he said in his petition.

President Ferdinand Marcos Jr. signed the law on October 10, setting the BSKE to the last Monday of October 2023 and every three years thereafter.

Comelec Chair George Garcia welcomed the petition but believes extending the term of village and youth officials is within Congress’ authority.

“What Attorney Macalintal did is a good development. From now on, if our Supreme Court has a definitive ruling, in the next events if there is a postponement or reset of the election, this case will be our basis,” Garcia said in a statement on Monday.

The succeeding BSKE in May 2020 was reset to December 5 this year. (PNA)