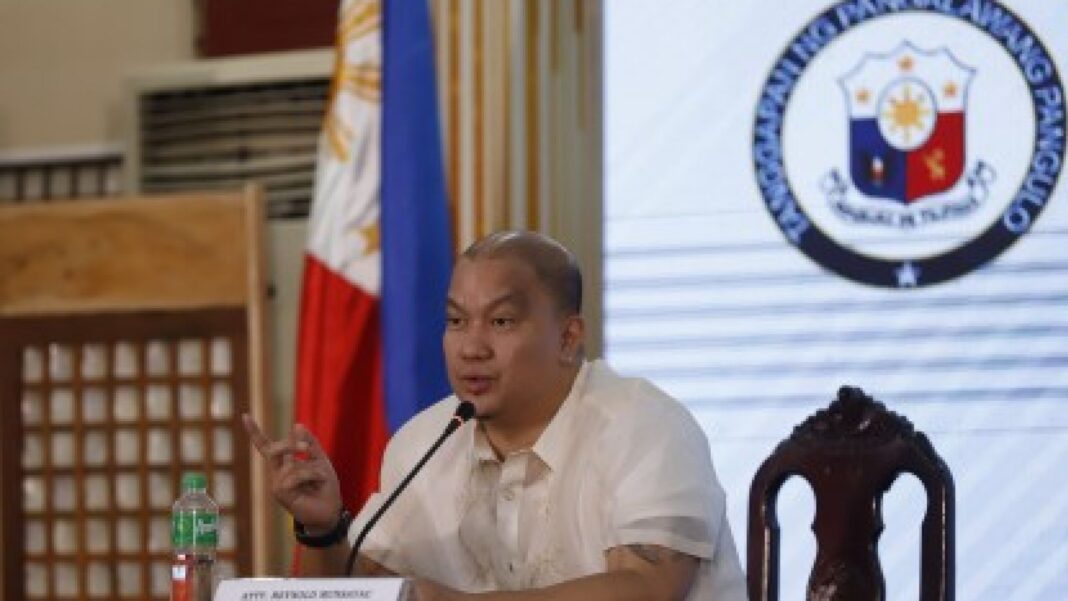 The Office of the Vice President (OVP) has called on the private sector to be part of widening partnerships to provide basic services to the public, particularly for the expansion of the OVP Libreng Sakay (free rides) in the country.

In a joint press briefing on Thursday, OVP Spokesperson Reynold Munsayac said they are eyeing adding Commonwealth Avenue for the Libreng Sakay route.

“May mga target routes pa ho kaming nakikita, kasi marami ho kaming natanggap na reports na pasahero diyan sa may Commonwealth area, papuntang Manila area o Quiapo. So naghahanap po kami ng mga private partners. Kung sana ho may mabubuting loob na hindi na masyadong pagkakagastusan ng gobyerno, idadagdag po namin ‘yan sa current fit namin, para mas marami hong matulungan (We are looking into several target routes because we are receiving reports that there are passengers along the Commonwealth area, en-route to Manila or Quiapo. So we are looking for private partners. Hopefully, there would be some kind-hearted groups so the government would not have to spend more. We will add them to our current fit, so we can help more commuters.),” he said.

Munsayac noted that the OVP is willing to shoulder the salaries of drivers.

Initially, the OVP deployed five buses for the OVP Libreng Sakay, including two buses in Metro Manila, and one each in Bacolod, Cebu City, and Davao City.

Besides the OVP free rides, Munsayac said they have already processed millions of pesos worth of aid for medical and burial assistance at the central and satellite offices of the OVP.

“As of yesterday, OVP has already processed claims for medical and burial assistance amounting to PHP36,476,494.32 and already released the amount of PHP11,482,023.40 for OVP NCR (National Capital Region) and the satellite offices,” he said.

They have also opened their seventh satellite office in Bacolod City.

Munsayac added that they have distributed relief in quake-affected areas.

“Among those given away are dining/food starter packs, bottled drinking water, and medicine,” he said.

Earlier, Munsayac said the OVP, under the leadership of Vice President Sara Z. Duterte, said they would also launch a livelihood program for women and members of the LGBTQIA+ (Lesbian, Gay, Bisexual, Transgender, Queer, Intersex, Asexual Plus) community. (PNA)