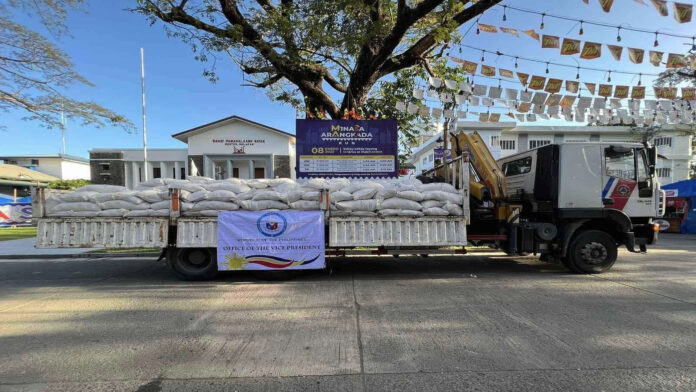 The OVP sent 200 sacks of rice as immediate food relief to “thousands of affected residents.”

Duterte, meanwhile, thanked residents of Bulacan for inviting her in the celebration of the 13th Minasa festival after years of pandemic halt.

“This joyful gathering is an affirmation of the Bulakenyos’ enduring solidarity, cooperation, and pride in upholding the rich heritage and diverse resources of the municipality,” she said in her speech.

“As you gather through music, food, dance, and religious festivities, may you harness unity in promoting sustainable development and shaping a progressive future for Bustos,” she said.

Duterte also lauded the contribution of Bustos in the development of the province, as well as its local diversity.

“With all your potential for further growth, you have secured your place in the tourism landscape of our country, contributed to agricultural development as one of the largest rice producers in the region, and fostered flourishing industries that have made you a bustling commercial center in Central Luzon,” she said.

Minasa festival is a weeklong celebration in Bustos held every Jan. 11- 20, where several delicacies, specifically Minasa cookies, are featured.

Besides food bazaars, street dancing and the performance of various talents are also included in the most awaited culmination of the weeklong celebration of the festival. (PNA)