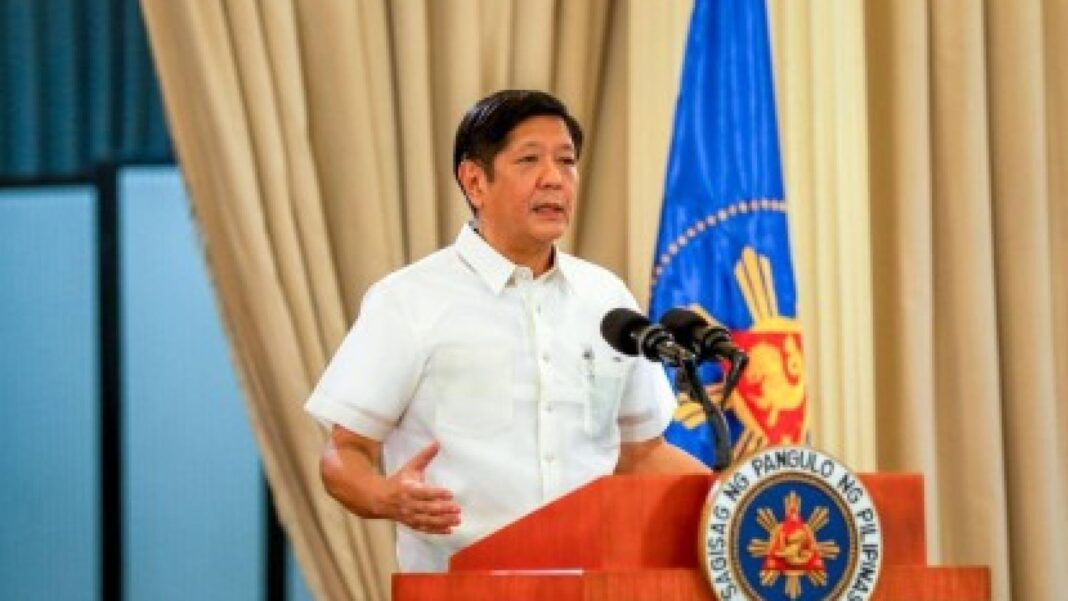 Malacañang on Wednesday denied that President Ferdinand “Bongbong” Marcos Jr. has gone on a “bill-vetoing spree” after the Chief Executive vetoed five measures in his first month in office.

Senator Francis Escudero earlier dubbed Marcos’ decision to veto five measures as a “bill-vetoing spree” and urged him to appoint a “high-caliber Cabinet member” as head of the Presidential Legislative Liaison Office.

In a Palace press briefing, Press Secretary Trixie Cruz-Angeles said Marcos exercised his power to veto these five bills as part of the legislative process.

“Hindi po nagkaroon ng veto spree ang ating Pangulo (The President did not go on a veto spree). Forty-one bills lapsed into law and only five were vetoed. Hindi kasama ‘dun sa 41 (The five bills are not part of the 41), so it’s not a spree. Tino-tono lang naman ng ating Pangulo ‘dun sa mga sistema yung mga batas natin (The President is only fine-tuning them as part of the legislative process),” she said.

On his first day in office on July 1, Marcos vetoed a bill that sought to establish a special economic zone in San Miguel Corp.’s Bulacan Airport City, noting its “substantial fiscal risks.”

Marcos on July 22 also vetoed a measure that would have given the Office of the Government Corporate Counsel (OGCC) wider reach, citing “the excessive remuneration to be given the OGCC lawyers.”

The President vetoed two bills on July 29 – a bill proposing tax exemptions to the honoraria, allowances, and other benefits given to election workers because it “runs counter to the objective of the government’s Comprehensive Tax Reform Program” and a bill creating the Philippine Transportation Safety Board (PTSB) because its proposed creation “is likely to create functional duplication, confusion as to authority, ineffectiveness, and deficiency in the performance of the responsibilities” as they are already being carried out by different agencies.

Cruz-Angeles pointed out that Marcos is practicing “good housekeeping” by vetoing the bill allowing tax breaks for poll workers because they could cause either potential revenue losses or unnecessary government expenses.

“Lalong-lalo na yung mga batas that involves some kind of tax break or tax benefits ito-tono mo dun sa ating polisiya of tax reform. Hindi natin tinatanggalan ng benepisyo ang mga poll workers natin. Ang ginagawa po natin ay inaayos yung sistema without discounting the possibility na puwede pa rin sila bigyan ng ayuda (Especially those bills that involve some kind of tax break or tax benefits, they should be fine-tuned to our tax reform policy. We are not removing benefits from our poll workers. What we are doing is fixing the system without discounting the possibility that they can still be given aid),” she said.

She said providing election workers with assistance through the government’s targeted cash transfer (TCT) program rather than giving tax exemptions would simplify the tax payment procedures.

“Ang sinasabi ng ating Pangulo, magbigay tayo ng form of ayuda sa ating mga poll workers. That way maayos yung sistema ng pangongolekta ng buwis pero matutulungan pa rin natin sila (The President is saying let’s give a form of assistance to our poll workers. That way the tax collection system would be organized but we would still be able to help them),” she added. (PNA)