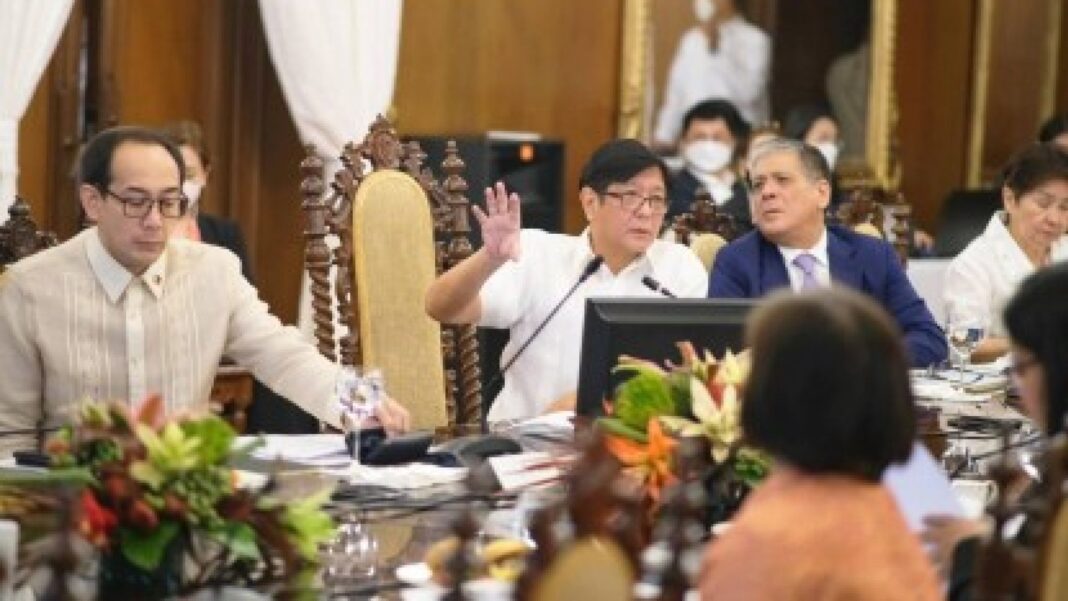 He made the statement while presiding over a meeting with officials of the Department of Health (DOH), Inter-Agency Task Force for the Management of Emerging Infectious Diseases (IATF-EID), and Philippine Health Insurance Corporation (PhilHealth) to discuss the Covid-19 situation in the country and efforts to improve vaccination rates.

On his official Facebook page, Marcos shared photos of the meeting that took place in Malacañang Palace.

The meeting took place as Marcos has yet to announce who he will appoint as Secretary of the Department of Health.

Marcos on Tuesday announced the government is targeting to fully implement in-person classes nationwide by November.

He said Vice President and concurrent Education Secretary Sara Z. Duterte made the proposal during their first Cabinet meeting earlier on Tuesday.

In a press release from Malacañang, Marcos directed the DOH to increase the administration of booster shots by October before the planned full implementation of in-person classes in November.

“This is going to be very important lalo na (especially) in preparation for school in the coming semester. Ang plano ni VP Sara [The plan of VP Sara] to phase in already complete face-to-face. So sana ma-vaccinate (I hope they get vaccinated),” Marcos was quoted as saying.

He also directed the DOH to enhance their information campaign and extensively explain the importance of having a booster shot.

“We have to explain. The best explanation we can have is that for the Alpha and the following strains, the vaccine was two shots and it was sufficient for good immunity but still not full immunity,” he added.

She also suggested redefining the term “fully vaccinated” to encourage people to get a booster shot.

“So currently, Mr. President, our definition of fully vaccinated only includes the primary series: the first and the second dose. So we are recommending that we can expand that it includes also the booster doses so that we can encourage more of our Filipinos to have their boosters,” she said.

Aside from Vergeire and other health officials, among those present during the meeting were Executive Secretary Vic Rodriguez, Special Assistant to the President Anton Lagdameo Jr., and Interior Secretary Benhur Abalos Jr.

In a Palace press briefing, Press Secretary Trixie Cruz-Angeles described vaccination among students as “an essential part of returning to face-to-face classes.” (PNA)