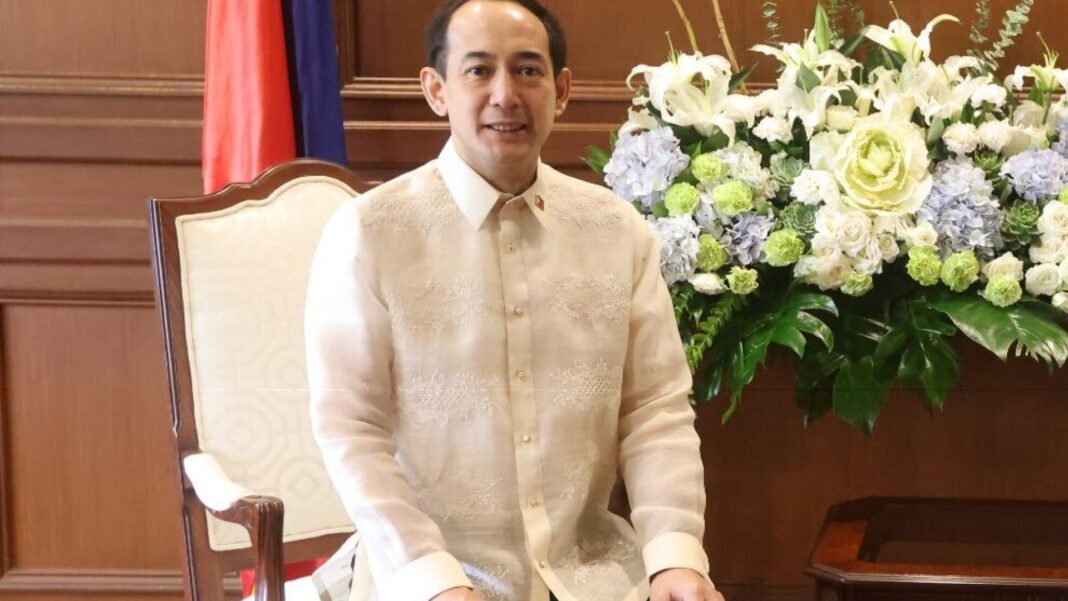 The Office of the Press Secretary (OPS) reported on Saturday that Executive Secretary Victor Rodriguez has resigned from his role as “primus inter pares” after receiving the go signal from President Ferdinand “Bongbong” Marcos Jr..

“I have asked permission from the President to step down as executive secretary effective immediately. I thank the President for his continuing trust and his sincere understanding of my decision,” Rodriguez was quoted in the OPS announcement.

An executive secretary’s job, according to Rodriguez, is “a 24/7 job with myriad topics expected to be attended to everyday that demands a sense of urgency which essentially requires almost all public servants’ time to ensure that services are met and delivered,” the OPS reports.

He highlighted, “Equally valuable, however, is to witness firsthand your young family grow and evolve into how every parent would wish them to become and they most need me too.”

With Rodriguez’s stepping down as executive secretary, the OPS reported that he was appointed by the President to the new position of Presidential Chief of Staff (PCS), which was established by Administrative Order (AO) 1, which Marcos signed over the weekend.

The draft Special Order proposed adding new duties to those already covered by the AO 1 was rejected by Marcos based on his chief presidential legal counsel Juan Ponce Enrile.

The newly established Office of the Presidential Chief of Staff (OPCOS) will report directly to the President.

According to the AO, “The OPCOS shall have the primary function of supervising and ensuring the efficient and responsive day-to-day operational support to the Presidency to enable the President to focus on strategic national concerns.”

The administrative order, which Marcos reportedly signed this week, stipulates that the PCS shall hold the rank and benefits of a Cabinet secretary, the OPS stressed.

“The PCS will be assisted by a senior deputy chief of staff with the rank of secretary and two deputy chiefs of staff with rank of undersecretary, assistant secretaries and such number of directorial and other administrative staff as he deems necessary and upon the approval of the President,” read AO 1.

The OPS said the PCS’s immediate staff will be drawn from abolished agencies, including the Presidential Anti-Corruption Commission and the Office of the Cabinet Secretary.

Rodriguez will immediately assume his new position as PCS. The Office of the Executive Secretary (OES) will effectively become vacant as a result.

The OPS said there are names currently being considered for the job of executive secretary, and these individuals are currently undergoing Office of the President (OP) screening.

As specified in AO 1, in accordance with Executive Order 1, the OES shall continue to exercise supervision, control, and oversight over all the offices and agencies that are attached to and under the jurisdiction of the OP.

AO 1 stipulates that the PCS will be supported and assisted by the OPS and the Presidential Management Staff (PMS).

In a nutshell, the OPS said OPCOS will act as the OP’s coordination system. It will be in charge of Marcos’ security monitoring system, which is accountable for regularly presenting the President with real-time situation information.

The OPCOS will also closely supervise and coordinate with the PMS as the main government organization directly responsible for providing substantial staff assistance in the Presidential exercise of overall control of the development process.

The OPS said the Presidential chief of staff will also coordinate closely with Presidential advisers and assistants whose outputs shall be submitted to the President through the OPCOS copy furnished the Executive Secretary.