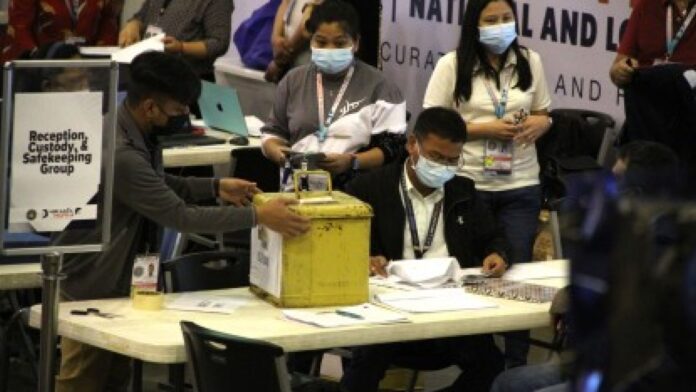 Seventeen senators voted on Tuesday to postpone the Barangay and Sangguniang Kabataan Elections (BSKE) for another year while only Minority Leader Aquilino Pimentel III and his deputy, Senator Risa Hontiveros, opposed.

In her previous privilege speech, Senator Imee Marcos also proposed to extend the term of village and SK officials from three years to six and fix their elections every May the year following the presidential elections.

Marcos, chair of the Committee on Electoral Reforms and People’s Participation, suggested looking into the present SK system, citing the feasibility of abolishing the Pederasyon ng Sangguniang Kabataan at the village level and maintaining it at the city or municipal level.

Pimentel said there is no compelling reason to reschedule the BSKE anew.

“If we proceed with the elections, the incumbent village and SK officials would be able to serve a total of four and a half years. Not bad considering that under the existing policy, the term of office of these officials is three years,” he said, to which Hontiveros agreed.

He said the incumbent officials were not deprived of time to serve their constituents during the pandemic.

“This election would have been a very good opportunity to conduct a referendum on the performance of the incumbents especially in relation to their handling of the pandemic response,” Pimentel said.

The House of Representatives already passed on September 20 its version to reset the polls to next year.

The Commission on Elections (Comelec) said this week will be crucial in their preparations.

“Upon consultation with the (Commission) en banc, the procurement office has been instructed to proceed not only with the (notice of) awards, but also the delivery of paraphernalia until there is a law,” he said in an interview on Tuesday.

The printing of over 91 million ballots for the BSKE will start on Thursday.

It will commence after security features are embedded on the ballots and the Memorandum of Agreement (MOA) with the National Printing Office for the storage of ballots is signed.

Once done, the printing of three million ballots per day will begin.

The BSKE was originally scheduled in May 2020 but was reset to Dec. 5, 2022 in order to concentrate with the national and local elections last May. (PNA)