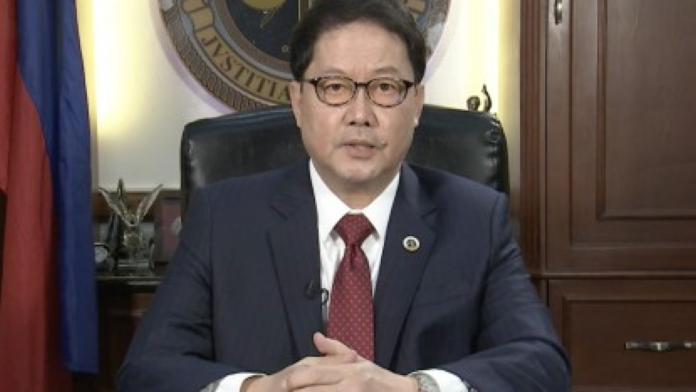 Solicitor General Menardo Guevarra on Thursday said his office has formally asked the International Criminal Court (ICC) to deny the request of the ICC Office of the Prosecutor (OTP) to resume the investigation on the war on drugs during the Duterte administration.

In a statement, Guevarra said his office, which represents the Philippines in the proceedings, submitted its “observation” on Sept. 8, through the Philippine Embassy at The Hague, Netherlands, on the request of the ICC OTP to resume investigation into the situation in the country.

The Philippines asked the pre-trial chamber (PTC) of the ICC to deny the request of the OTP to resume its investigation of alleged crimes against humanity committed during the “war on drugs” between July 2016 to March 2019, including the Davao Region between November 2011 to June 2016.

“The ICC has no jurisdiction over the situation in the Philippines. The alleged murder incidents that happened during the relevant period do not constitute “crimes against humanity,” considering that said incidents do not qualify as an “attack” against the civilian population. Furthermore, the said occurrences were not in furtherance of a state or organizational policy to commit such attack,” the SolGen said in the statement.

The Philippine government emphasized that the complaints filed before the ICC are already being investigated and prosecuted by the proper agencies and that the state is neither unwilling or unable to carry out these domestic proceedings. A report on the progress of these investigations was included in the submission.

Citing international law principles, Guevarra also said state-level investigative proceedings such as those presently being undertaken by the Philippines “should take precedence” and as such, “rendering the resumption of the investigation into the Philippine situation (is) unwarranted.”

Earlier, the Department of Justice (DOJ) said it will leave no stone unturned and will not spare anyone in reviewing the investigation of cases arising from the government’s campaign against illegal drugs.

Remulla underscored that the government has adequately provided institutional measures to address and prevent the occurrence of extra-judicial killings even in past administrations.

He said that since the creation of an Inter-Agency Committee (IAC) on extra-legal killings in 2012 under the Aquino administration, it has taken an effort to build up cases for 295 extra-legal killings, majority of which were attributed to lawless groups.

However, the lack of witnesses has greatly hampered the swift prosecution of cases especially when the occurrence is attributable to non-state agents such as armed groups and lawless elements.

On criminal cases involving uniformed personnel, Remulla said cases have proceeded and at least 18 police and military personnel have been convicted for murder and sentenced to life imprisonment.

In addition, 17 other cases against civilians have led to convictions and were meted with a penalty of reclusion perpetua or up to 40 years imprisonment.

Remulla added that the cases of 52 individuals who were killed after allegedly resisting arrest in anti-drug operations conducted by police officers have also been duly acted upon by the DOJ with the assistance of the National Bureau of Investigation.