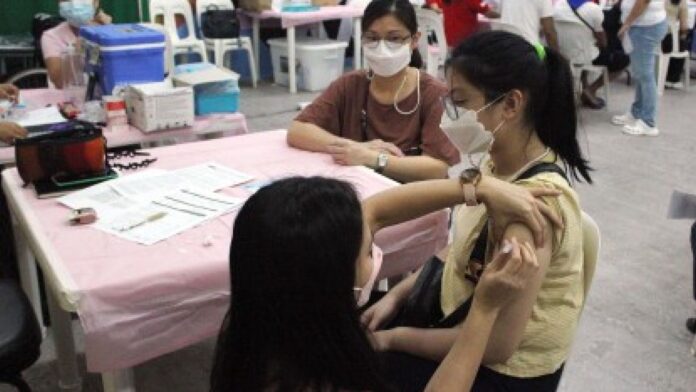 MANILA – President Ferdinand Marcos Jr.’s plan to extend the State of Public Health Emergency (SPHE) until the end of the year in response to the Covid-19 pandemic will sustain efforts to overcome the global crisis and other emerging health threats.

Extending the State of Calamity (SOC) will also stretch the effectivity of Republic Act No. 11525 or the Covid-19 Vaccination Program Act of 2021, which authorizes the private sector and local government units to help in carrying out the national vaccination program, Senator Christopher Lawrence Go said on Saturday.

The SPHE was declared on March 8, 2020 by former president Rodrigo Duterte when the first Covid-19 transmission was reported by the Department of Health (DOH).

“Once extended, hopefully, this will allow the government to continue to procure vaccines under emergency use authorization or EUA and impose price controls on select basic commodities,” Go said in a statement.

He also reaffirmed his support for government initiatives and policies for the health and welfare of Filipinos.

“Bilang chair ng Senate Committee on Health, suportado ko ang mga hakbang ng gobyerno upang maproteksyunan ang kapakanan at kalusugan ng ating mga kababayan dahil pinakamahalaga sa lahat ang buhay ng mga Pilipino (As the Chair of Senate Committee on Health, I support measures of the government that protects the welfare and health of our countrymen because the most important is the lives of the Filipino people),” Go added.

In a media interview during the “PinasLakas” vaccine booster campaign at a mall in Manila on Wednesday, Marcos said he has discussed with Undersecretary Maria Rosario Vergeire, DOH Officer-in-Charge, the possible extension of the SPHE “until the end of the year”.