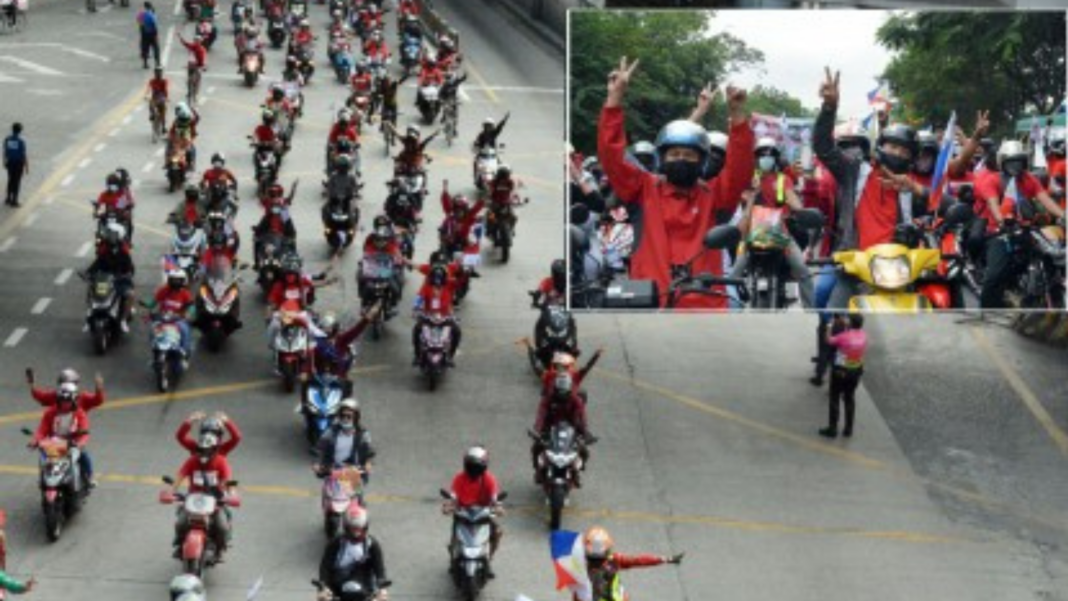 MANILA – The team of presidential and vice presidential aspirants, Ferdinand “Bongbong” Marcos Jr. and Sara Duterte-Carpio, respectively, on Saturday urged supporters to postpone the scheduled caravans in Metro Manila amid concerns about a potential resurgence of Covid-19 cases due to the highly transmissible Omicron variant.

In a statement, the BBM-Sara UniTeam said the planned unity caravan in Caloocan City on Sunday may be reset so as not to compromise the safety of the participants.

“The safety of everyone is of paramount importance to us. That is why we are advising all our supporters to exercise self-restraint in their political mobilization plans in compliance with the IATF (Inter-Agency Task Force for the Management of Emerging Infectious Diseases) decision,” the statement read.

The candidates likewise appealed to their supporters to suspend all other mass gatherings and obey the guidelines under Alert Level 3, which will be in effect in the National Capital Region from January 3 to 15.

“We are urging our fellowmen not to let their guards down and instead be vigilant. Now is not the time to be complacent. Let’s follow the IATF’s guidelines to ensure that we all remain safe,” it said.

The group likewise encouraged the unvaccinated to get the jabs and those already inoculated to avail of booster or additional doses at the soonest possible time.

“Vaccines are the only sure way to protect oneself against hospitalization or death from the variants that are cropping up,” the UniTeam added.

The Department of Health has also confirmed 10 new cases of the Omicron variant, with three of them already recovered, to add to the first four detected. (PNA)