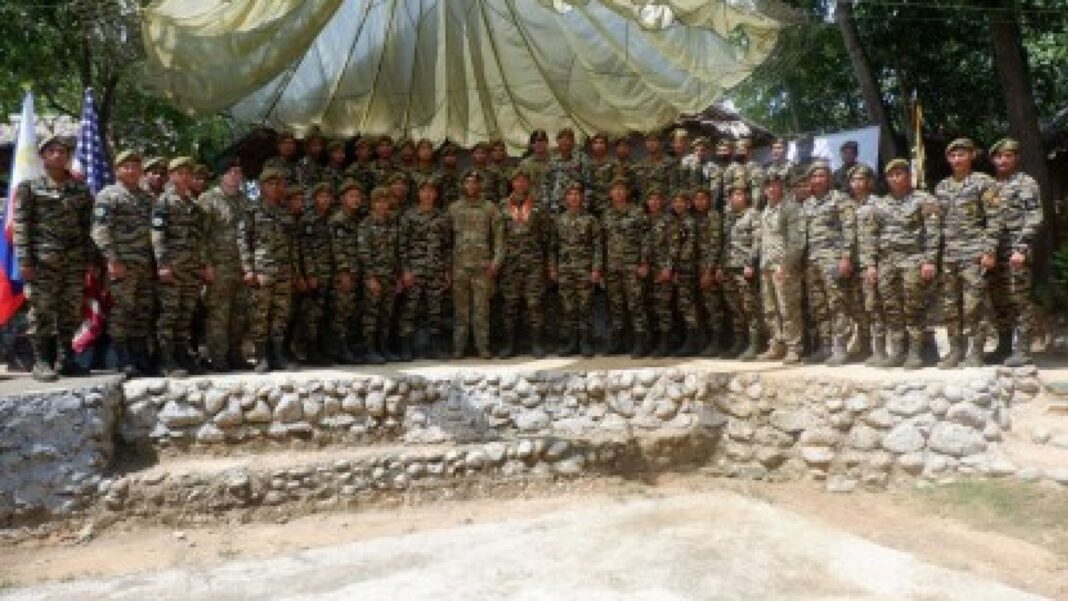 “We are certain that this will enable us to exchange tactics, techniques, and procedures to enhance interoperability between Filipino and US Special Forces,” SFR(A) assistant chief-of-staff for education and training Lt. Col. Paulo F. Baylon said.

Balance Piston is a regular bilateral training exercise between the special operation forces of the two countries which started in the early 2000s.

Maj. Gen. Charlton Sean Gaerlan was sworn in as the new commandant of the Philippine Marine Corps (PMC) and Brig. Gen. Joseph Ferrous Cuison took the helm of the Naval Reserve Command (NRC).

Gaerlan, a member of the Philippine Military Academy (PMA) Class of 1989, headed the Armed Forces of the Philippines’ premier education and training institution, AFP Education, Training and Doctrine Command, prior to his designation as the 35th PMC commandant.

“His leadership capabilities, management skills, and excellent academic background paved for numerous opportunities that shaped his agility in decision-making. I believe these will allow him to lead the Marines well,” Bordado said.

Meanwhile, Cuison, a member of PMA Class of 1990, previously had a stint at the AFP General Headquarters as the deputy inspector general following his designations at the PMC inspector general office as administrative officer, chief investigator, and readiness evaluation officer.

He also served as the director of the Naval Operations Center, the commanding officer of the Force Reconnaissance Group, and the assistant chief-of-staff for personnel of the PMC. (PNA)