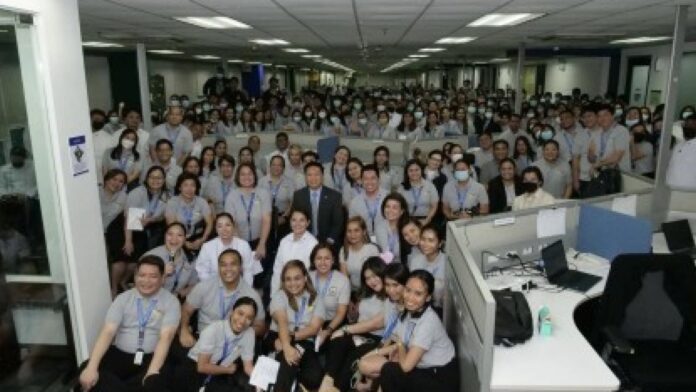 Vice President Sara Duterte took pride on the “historic firsts” that her office has so far achieved under her tenure, including extending basic services in other regions through their satellite offices.

Duterte lauded these accomplishments during the celebration of the Office of the Vice President’s 87th anniversary Tuesday.

“Happy anniversary to the hardworking and dedicated team behind the OVP’s success. We are here to make things happen. Let us toast to the many firsts we have accomplished and many more public service innovations to come,” Duterte said in a speech.

The vice president, who served as Davao City mayor before assuming her national post, said that basic services for Filipinos are very much needed in other regions.

“We set out to reach more Filipinos living in cities outside Metro Manila by extending our services to other regions, provinces, and cities across the country. Hence, we opened satellite offices across seven key cities to bring our services closer to the people. A first in the history of the Office of the Vice President,” she said.

These satellite offices, together with the OVP Central Office, have been distributing medical and burial assistance to qualified beneficiaries.

The OVP, meanwhile, noted that it is also important to intensify inter-agency collaboration for efficient disaster relief and recovery.

“The OVP recognizes the importance of collaborations and involvement in disaster risk management. We work closely together with local government units and partner agencies to engage those living in vulnerable areas, through hazard mapping, search and rescue operations, and community rehabilitation,” Duterte added.

Duterte noted that her office is still set to launch programs next year that will focus on women and members of the Lesbian, Gay, Bisexual, Transgender, Queer, Intersex, Asexual plus (LGBTQIA+) community, as well as the Peace 911. (PNA)