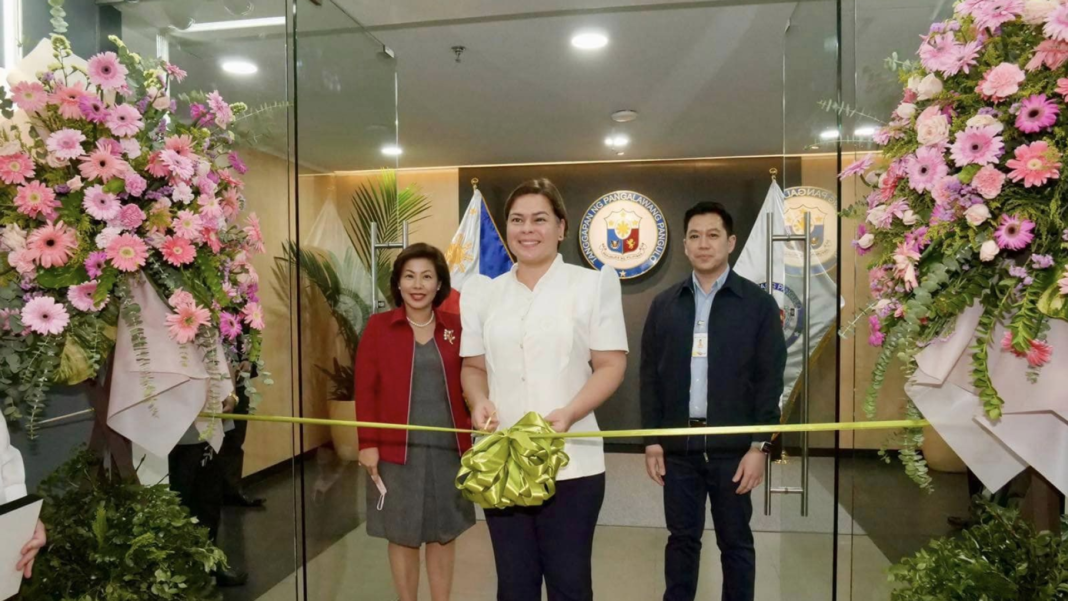 Vice President Sara Duterte said Monday that the programs offered by the Office of the Vice President (OVP) will be available throughout the Philippines and not only limited to the National Capital Region (NCR).

According to the Mindanaoan VP during the blessing and ribbon-cutting ceremony of her office, the programs and projects planned by the OVP in the next six years will also be implemented in Visayas and Mindanao.

According to her, the following months will be focused on the expansion of the current programs active in the Office, along with the preparations for incoming projects that will offer help for more Filipinos in the country.

Some of the active OVP programs include the Medical and Burial Assistance, pagbaBAGo Campaign, Libreng Sakay Program, and Peace 911. Along with the mentioned projects, MagNegosyo ‘Ta Day peace and livelihood project will start running next year.

Duterte also extended her gratitude to the employees of the satellite offices of the OVP in regions of Dagupan in North and Central Luzon; Cebu, Tacloban, Bacolod in the Visayas Region; and in Zamboanga, Davao, and Surigao del Sur in Mindanao.

She added that these satellite offices aim to improve the communication between the office and the Filipino people by making it faster, more effective, and economical. The accessibility was also beneficial for different sectors, companies, and organizations throughout the country.

Duterte said that the building of the new office will help the work of her office to be more effective, more economical, and more efficient by gathering the employees under one roof.