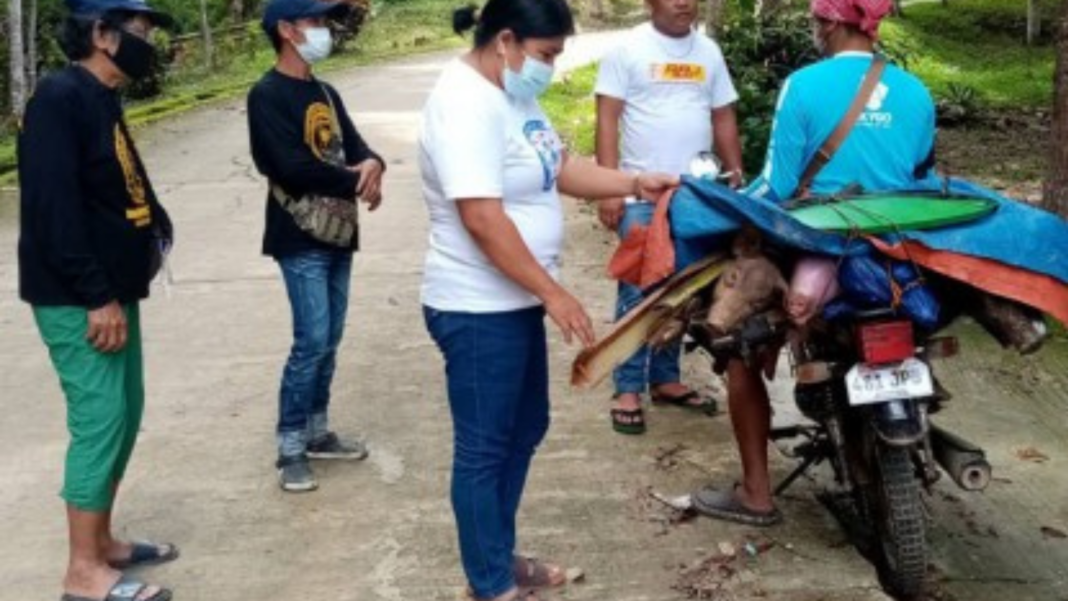 ZAMBOANGA CITY – Checkpoints jointly manned by the barangays and the security sector have been set up on the east coast of this city to monitor and check the movement of live hogs, including meat products.

The checkpoints were set up in response to the call of the local government to the barangays to help step-up measures against the African swine fever (ASF) here.

Dr. Mario Arriola, Office of the City Veterinarian (OCVet) chief, said Saturday the checkpoints were set up in Barangays Latuan, Quiniput, Curuan, and Mangusu, as well as other villages under the Vitali district.

“We are strengthening measures to control and prevent the spread of ASF to other areas, through strict monitoring activities,” Arriola said.

The conduct of the checkpoints is a collaborative effort of the OCVet, Department of Agriculture, National Meat Inspection Services, police, and military.

Arriola said that the total number of ASF-related hog deaths has reached 1,209, with 514 culled since May when the ASF was detected in the city.

A total of 298 local hog raisers have been affected since May with 14 barangays affected since the city was placed under the Red Zone on ASF classification over a month ago.

He said the 14 barangays are spread out in Tumaga, San Roque, Manicahan, Curuan, and Vitali Districts. (PNA)